THE PRINCE OF HOMBURG

Of all the plays penned by the greatest playwright of German romanticism, Henrich Kleist, his comedy The Broken Jug is performed the most frequently. However, in Germany itself, romantic drama The Prince of Homburg is considered to be Kleist´s most significant work. It tells the story of a young war hero and dreamer who has fallen in love with the Elector´s daughter, Natalie. The Elector himself is in favour of their love, but their absolute happiness ends at the moment when the prince, who is dreaming about Natalie while attending a council of war, fails to hear a crucial order and leads his troop in a forbidden attack during a battle. He is successful, but is sentenced to death for disobeying an order. This difficult situation makes the prince fundamentally re-evaluate everything he believed in and recognized before. This event of war turns into a great drama concerning love, honour and justice. We approached a young and gifted director, Mikoláš Tyc, who was responsible for the production of The Curious Incident of the Dog in the Night-Time at our theatre, and engaged him in directing this thrilling story. A brand new translation is being prepared for our production by Václav Cejpek.

Heinrich von Kleist returns to Europe’s stages in waves; the Prince of Homburg only rarely. Perhaps the London (2010) and Salzburg (2012) productions inspired the authors of the new translation, Václav Cejpek and Monika Kučerová. One thing’s certain - the German classical writer’s last drama has finally appeared on the stage of Brno City Theatre after many years, directed by Mikoláš Tyc.

They act without pathos

Prince of Homburg is a strange drama. It bears the elements of a great tragedy but has a happy end. The director, Tyc, respects the gloomy virtues of Kleist´s work. The actors convey his thoughts with humility, with an accent on feelings but without pathos. Lukáš Janota in the title role is the embodiment of a romantic hero. Eliška Skálová completes the story as pure and innocent Natalie.

Viktor Skála in the role of the Elector embodies strictness - it is hard to say whether he forgives because he wishes to or as a result of coercion.  Lenka Janíková as his better half helps him to solve this puzzle. It is clear just from their names that Zdeněk Junák, Jan Mazák and Zdeněk Bureš are born leaders.

PRINCE OF HOMBURG: A PLAY FULL OF CONTRASTS

The simple yet functional and, in fact, multifunctional stage is supplemented only by impressive lighting; the black and white costumes are in tune with the black and white conception of the characters but they don´t match the civilian and contemporary clothing of the soldiers and officers, who are constantly at the battlefield for the whole duration of the play. The contemporary clothing and set are juxtaposed with the protagonists’ somewhat archaic way of speaking. Even though the translator has consistently used modern vocabulary, he has left the blank verse from the beginning of the 19th century in its original form. Moreover, there are some archaic expressions and flowery comparisons that contrast with the timeless message of the play and the contemporary costumes. In fact, the very end of the play is also full of contrasts and unexpected twists and leaves it up to the spectator to decide what happened to the hero: Was he executed or freed? Was he a hero or a coward? However, I can tell you that even though the play is as somewhat lengthy as any classic work can be, there are a great many good bits and the ending is impressive. Not only the actors but also the whole production team of Brno City Theatre put on a professionally polished performance.

THE PRINCE OF HOMBURG IN BRNO

The Brno production of this work at Brno City Theatre, in Václav Cejpek and Monika Kučerová´s excellent translation and with dramaturgy by Jan Šotkovský, accentuates the dispute between feelings and honour. On one side stands a young person´s passion and love, and on the other, military honour and duty. This juxtaposition lets one look into the deeper dimensions of human behaviour that show themselves when mortal danger is near. It does need to be admitted that not even the playwright himself, with his disordered soul, viewed the story in such a way. He was a romantic, inspired by ancient tragedies concerning honour and justice. However, later (perhaps mainly after the film production with the famous Gerard Philip in the role of the Prince of Homburg, and principally in France) this drama started to be played not so much romantically as existentially. The drama is even sometimes compared with Camus´ Outsider, even though Camus´s hero accepts the death sentence in prison in the end, while Kleist´s prince is freed.

The director of Brno’s production is Mikoláš Tyc. His direction is wise and very simple at first sight. He simply believes in the power of the text and trusts the actors. We don´t know how complicated the journey was to determine how to interpret each of the individual characters. For the spectators it is simply important that all of them seemed natural and believable even in the most near-unnatural dramatic situations that Kleist prepared for his heroes. In the case of this play, the statement that everybody acted well really means everybody. However, two roles should be mentioned – Viktor Skála´s Elector, who acts both decisively and hesitantly, and then perhaps the titular Prince of Homburg, which may prove to a key role in Lukáš Janota´s acting career. The actor mastered the complicated and multi-layered portrayal of his hero in such a convincing way that he left the spectators breathless.

The director also works with sounds in the production very well, both in the case of the somewhat demanding scene featuring the fights commented by the heads of the armies against outbursts of martial pandemonium, and in the background music (Jiří Hájek) heard between the individual scenes. The characters are dressed mainly in black, almost everyday clothing, with contemporary high laced boots (costumes by Barbara Wojtkowiak); in the last act the main hero is helpless and barefoot.

The Drama Theatre’s production of Kleist´s eternally controversial drama is, without a doubt, a great experience - brave, revelatory and successful. 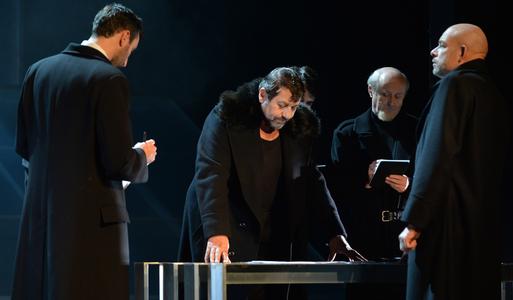 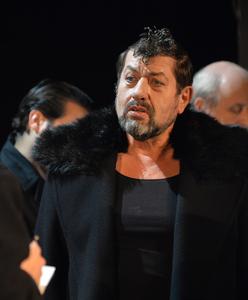 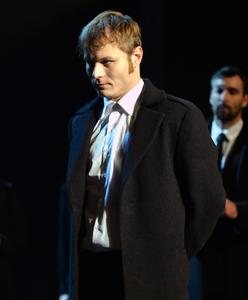 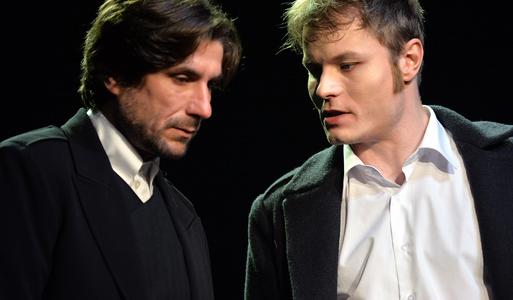 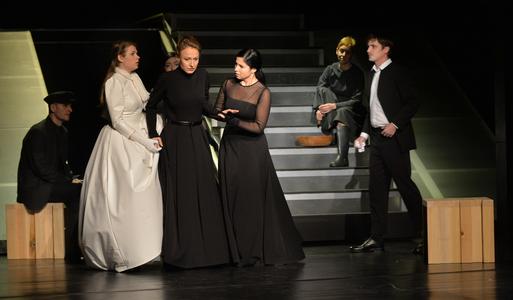 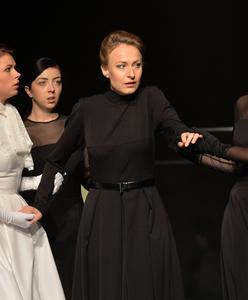 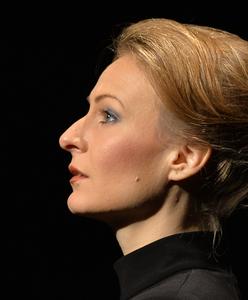 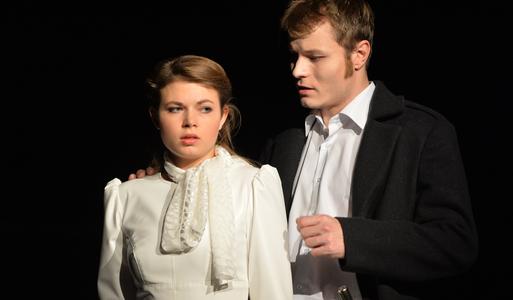 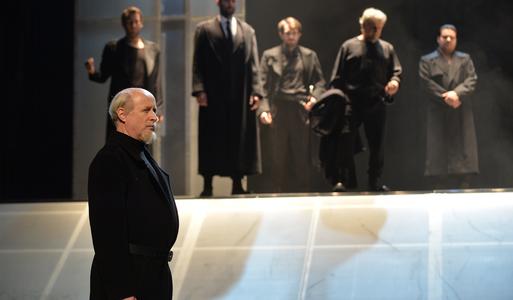 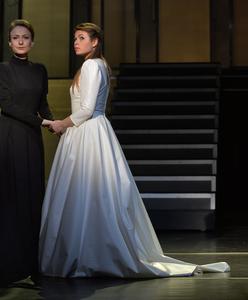 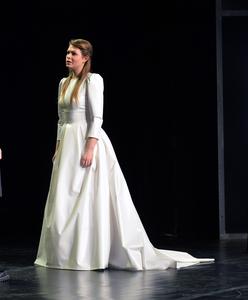 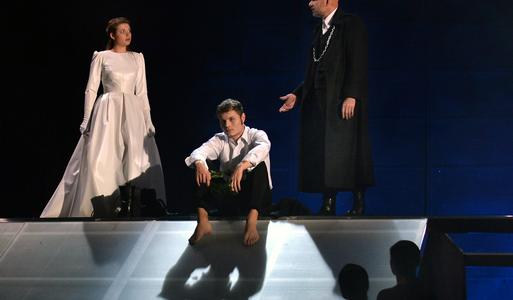