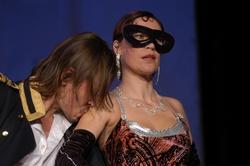 M. J. Lermontov’s Masquerade, the outstanding masterpiece of world romanticism, was written in the same year as Mácha’s May. It is situated in the environment of Petrograd aristocracy and constructed as a typical drama of love, jealousy and revenge. When Prince Arbenin’s wife loses her bracelet at a masquerade, it is found by a baroness who gives it as a present to her lover. However, Prince Arbenin suspects her wife of infidelity. This originally trifling affair results, due to further coincidences, malicious gossip and misunderstandings, in a tragedy. The author himself did not live to see the presentation due to censorship pressures. The drama depicting a contemporary society had and still has been so topical that it had been taboo for world stages for almost twenty-six years.

Baroness Schtral decides to reveal her real feelings to young Prince Zvezditch under a mask at a masquerade. But the Prince thinks it is Nina, wife of Arbenin to whom he should be obliged. Arbenin, who went through rebellious years when he was young, became settled and acquired respect as an “old man” (his part is played by the mature Karel Janský), regards the fictitious infidelity of his wife as his life’s lost and is not willing to resign. The calumny is quickly going around with a profuse contribution of the participants and Arbenin, driven mad by jealousy and the hunger of revenge, reverses the fated error into a tragedy. The director Petr Kracik holds all the figures of the strange quadrangle in a restrained position as if they suppressed their emotions under the mask of etiquette.

The main protagonists did a good piece of work and fully satisfied the director’s vision. Karel Janský acts convincingly the formerly rumbustious Arbenin who is broken-hearted and desperate now, Alena Antalová bestowed her grace and fragility to innocent Nina, the ill-mannered and unscrupulous Prince was played adequately by Petr Štěpán and the apple of discord, Baroness Schtral, was given a true picture at the moments of weakness and hypocrisy by Irena Konvalinová. Besides the depiction of characters, the actors deserve a praise for how they managed their texts to flow easily from their mouths. 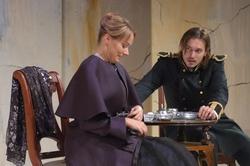 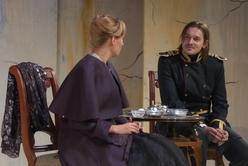 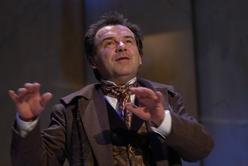 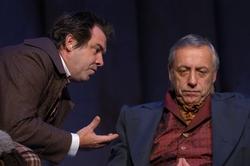 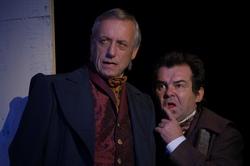 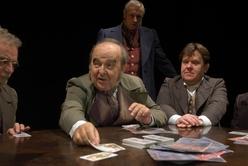 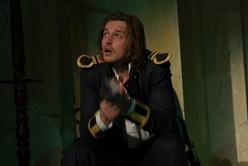 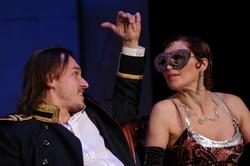 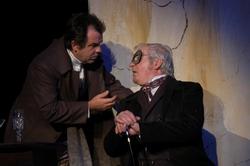 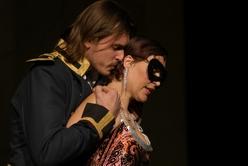 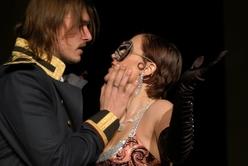 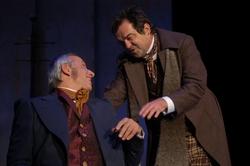