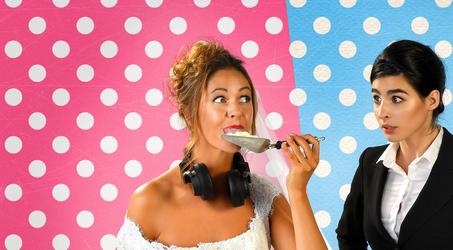 Her name is Ellie, she’s sixteen years old and she likes her schoolmate Adam but doesn´t dare to approach him. She has the feeling that not one single person on the planet understands her, and particularly not her mother. Katherine is nearly forty, she is getting married for the second time tomorrow and her hope is that everything will be simply perfect. She would be very happy if her daughter Ellie could understand this and didn´t view her as an enemy. A mother and her daughter. They just cannot see eye to eye and prove incapable of mutual understanding, and so all of a sudden something happens… something strange, crazy, mad… After an argument in which both of them wish for the other to view the world through their eyes, they swap bodies. The spirit of the mother enters the body of her daughter, and vice versa. And so a whirl of crazy and not only comic situations begins as both of our heroines have to spend a whole day in a stranger´s body. The mother tries to deal with the wild environment of a secondary school while her daughter discovers all the duties an adult woman has to manage when it’s one day before her wedding.

Don’t be surprised if the plot seems familiar to you. You’ve probably watched the 2003 film by Mark Waters in which Lindsay Lohan and Jamie Lee Curtis played the main roles. The movie was shown in the Czech Republic under the name Mezi námi děvčaty and it is one of the most popular works in the comedy genre. The story is based on a novel by Mary Rodgers from 1972 which saw its first film adaptation four years later. In this comedy called Freaky Friday, young Jodie Foster starred along with Barbara Harris. In 1995, another film version was created, this time by Walt Disney Studios, and it was aimed at a children´s audience. No wonder this inventive story in which a mother and daughter swap their bodies and experience the craziest day in their lives has found its way to the theatre stage.

The renowned authors of the production – composer Tom Kitt and lyricist Brian Yorkey, who were awarded the Pulitzer Prize in 2010 for their musical Next to Normal – collaborated with the author Bridget Carpenter to adapt the tale, which had already seen several incarnations as a musical show. The musical Freaky Friday had its premiere in 2016 in Virginia, and its Broadway premiere is still under preparation. Brno City Theatre will thus only be the second theatre in the world to have the opportunity to perform it! This exceptionally witty piece, which offers both a grand musical show and an involving story, continues in the tradition of classic, wildly popular titles such as the Witches of Eastwick and GHOST. Petr Gazdík directs, and you can look forward to Alena Antalová or Ivana Vaňková in the role of the mother and Viktória Matušovová as the daughter.

FREAKY FRIDAY, OR THE WORLD PREMIERE OF A FAMILY MUSICAL IN BRNO

(…) Freaky Friday was the first musical premiere of the season at Brno City Theatre. (…) It was translated into Czech by Zuzana Čtveráčková together with Petr Gazdík, who also created and directed this fast-paced and energetic musical adaptation. He successfully utilized his great amount of previous experience with the family musical genre (Dream Flight, Whistle Down the Wind, Mary Poppins), and his work was certainly aided to a great degree by the fantastic script. The story of Freaky Friday moves quickly and is absent of any twists and turns or subsidiary diversions that might slow things down and prevent the main storyline from forging ahead. The minor characters aren’t given any more space than is necessary, whether they are the prospective husband, younger sibling, grandparents, friends or colleagues. All the characters and situations serve the purposes of the story, its construction, the creation of atmosphere. (…) The whole two and a half hours are about one crazy day and the great number of comic situations it brings. (…) The musical revolves around two main heroines, a mother and daughter, and it represents a great opportunity for the actresses playing these roles. There’s plenty of singing, acting and dancing, and all of these are relatively demanding in this production. Each of the actresses not only plays her original character, but also exchanges it with her colleague during the course of the performance when called for by the plot. This increases the complexity of the role and makes it all the more interesting.  During the premiere, Viktória Matušovová played Ellie Blake while Ivana Vaňková appeared as her mother, and both of them did an excellent job. They gave the spectators the opportunity to see how a straight-laced working mother who is always neatly dressed in all circumstances changes into an immature teenager while still retaining her outward appearance, while a bored, unpleasant and insecure adolescent girl turns into a serious and reliable adult woman and mother with the body of a teenager. They play their parts really well, with changes being noticeable not only in their speech and behaviour but also in their body posture, in every choreographed move, in every expression. (…) Fletcher, Ellie´s younger brother, was played by Josef Gazdík at the premiere. His performance was excellent in every way, but what must be emphasized is his comedy talent, which he mainly had the opportunity to show in the second half of the show. It is then that he meets Adam (Jan Brožek), who is both his classmate and Ellie´s secret love. Their performance of a song about sandwiches and women is one of the funniest and craziest things in the whole production. (…) 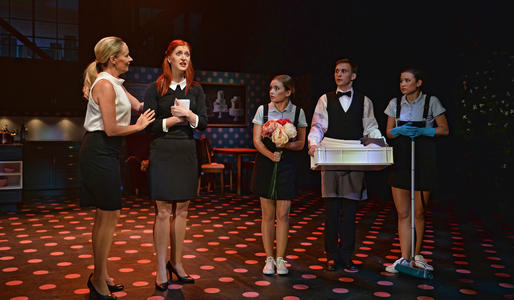 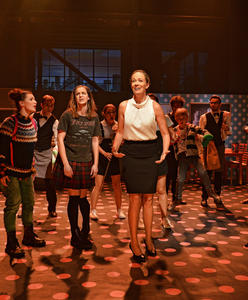 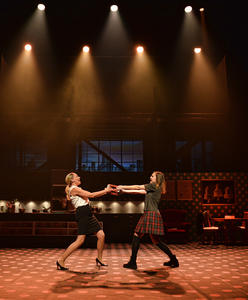 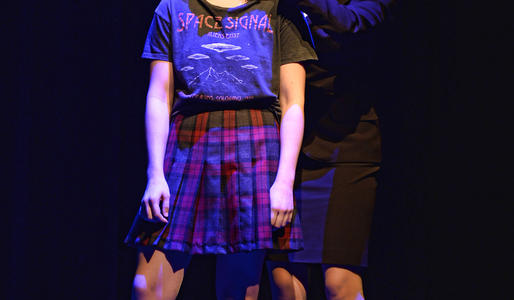 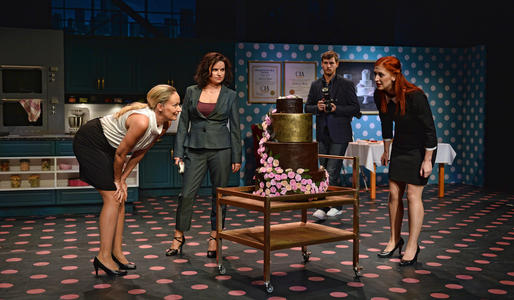 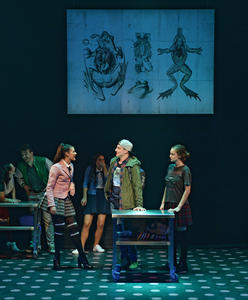 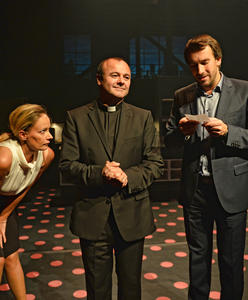 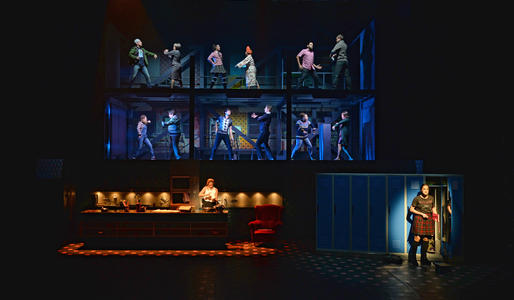 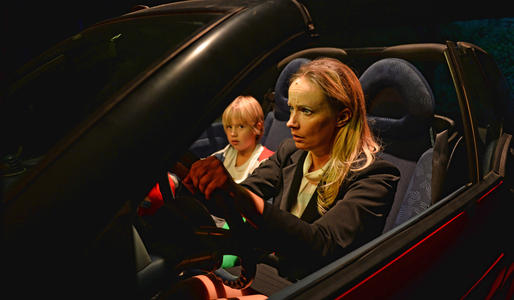 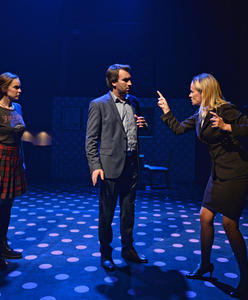 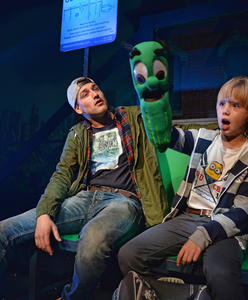 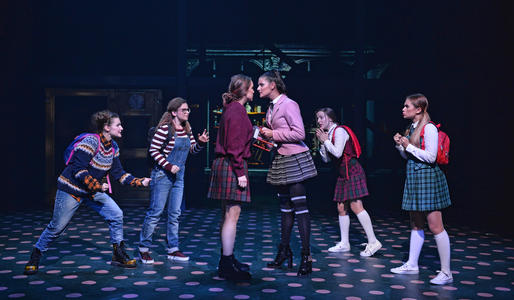