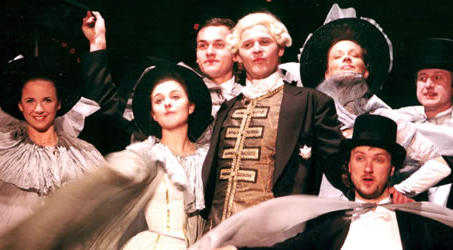 A competitive relation of two distinguished composers at the Viennese court – ambitious Antonio Salieri and quick-tempered Wolfgang Amadeus Mozart, as well as Amadeus’ loves, creative work and talent are depicted by the English dramatist Peter Shaffer in his drama Amadeus which became a basis for Miloš Forman’s Oscar film (1984). Sixteen years after a presentation directed by the deceased Pavel Hradil (in which Zdeněk Černín acted the part of Amadeus) a new presentation is coming to the Brno stage, this time directed and adapted by the director Zdeněk Černín. The title role is acted by the musical star Roman Vojtek, the part of Salieri is performed by Martin Havelka (originally alternating with Jiří Dvořák).

Martin Havelka as an Authentic Salieri

Geniality has been encountering mediocrity in the play Amadeus by Peter Shaffer on the stage of the Brno Municipal Theatre since May 1998 when the presentation based on the excellent translation by Martin Hilský was produced by the director Zdeněk Černín. The title roles of Salieri and Mozart making a contrary couple were assigned to Martin Havelka and Roman Vojtek respectively. The stage designer Jan Dušek offered a simple scene, in particular as for the living of both protagonists, which is in contrast with the felicity of the theatre and palace environment. Jiří Kyselák participated in the choreography of dancing and moving performances.

The director Zdeněk Černín used the entire auditorium at the beginning of the performance. Vienneses are running inside from both sides, crying news one to another like newsboys. Antonio Salieri is sitting shrouded in the middle of the stage. After his monologue revealing his soul full of envy, a lively animal – Mozart - appears. The story unwinds gradually and the audience is acquainted with the king Josef II and his court headed by the official suit – the chamberlain, the director of imperial opera, the prefect of the library and the court bandmaster. The great courage of the director to produce the play with a live orchestra and live vocal numbers paid off. He bet on the most wistful and characteristic arias – among others, from the plays The Kidnapping from the Serail, Figaro’s Wedding and The Magic Flute. These parts were performed excellently by Yvetta Tannenbergerová, Igor Ondříček and Markéta Sedláčková. The aria of the Night Queen interpreted by Libuše Bartošková sounded regally.

Černín highlighted mainly Salieri in the interpretation. He put aside his encounter with Mozart. Only in time leaps some most important events are emphasized such as the death of Mozart’s father, work on The Kidnapping from the Serail etc. Salieri is getting an evil appearance in his small-mindedness. Martin Havelka was able to breathe the maximum authenticity in this character, from almost civil contempt to the systematic “lovely” degradation of that animal. Roman Vojtek acting Mozart found the right way to the composer’s laugh and foolhardiness. Unfortunately, a certain lack of lambency was manifested in the 75th re-run. Constance Weber radiated coolness now and then. Pavla Ptáčková showed her peak in the dialogue with Salieri.

The theme of the relation between two competitors is still exceedingly topical disregarding profession. Salieri fully denounces the “animal” Mozart, but which of them is the animal hungering for the victim of the other one? The stronger one survives according to the principles of nature and when he is not strong enough in music he must help himself in another way, mustn’t he, animal Salieri?

…Roman Vojtek has shown his best performance so far playing the part of the genius, Martin Havelka alternating with Jiří Dvořák excelled in the part of Salieri. The impression of the presentation was increased by a live orchestra which interconnected a dramatic and a musical part of the performance in a fascinating way …

…Raduz and Mahulena along with Amadeus belong to the precious stones on the repertoire of the Brno Municipal Theatre which cannot be seen everywhere.

Musical Theatres Are on the Rise

...Amadeus in the Brno Municipal Theatre replies eloquently to all who put a question mark against the success of the theatre hopelessly sold out for two months ahead. If nothing else, then the excellent performance of the four actors in the trio of main characters bears witness to an exceptional quality of the production. Roman Vojtek acting the title role has far overreached his own shadow of a musical star… Both Salieris are presented as various genii of mediocrity. Two different concepts, two top parts of different natures. The enumeration of values of the performance would be long...

On the Eternal Jealous Mediocrity in Us

…no doubt, the Brno Amadeus is in for a long repertory life as it suitably combines attractive exclusivity with the inner cogency of actors who are able to charge Shaffer’s demythologizing message with a non-reproducible human fate...

Salieri or on Coping with the Mediocrity

…The presentation of Amadeus by the Brno Municipal Theatre is twice as demanding in parts this time. That is why, the director Zdeněk Černín decided to use long-time musical experience of the ensemble, rejected music records and bravely let his actors to perform songs of Mozart’s operas and masses live, with a live orchestra. Thus he managed to provide these scenes with an impressive authenticity. The performances of Markéta Sedláčková, Monika Maláčová and Igor Ondříček, along with Yvetta Tannenbergerová, the only actual opera singer acting as a guest in the ensemble, produce an exquisite experience. Moreover, taking into account the programme giving information on Mozart’s biography at the level of a detailed study, there is really not much to be rebuked for. 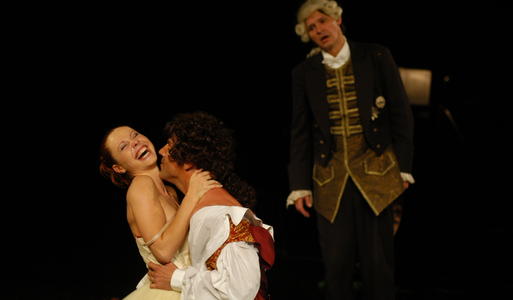 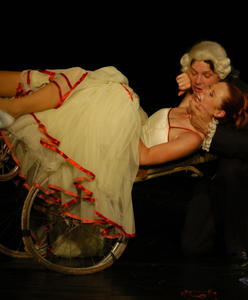 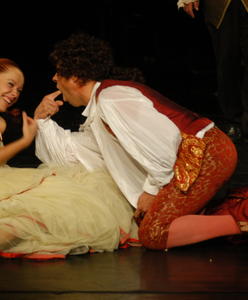 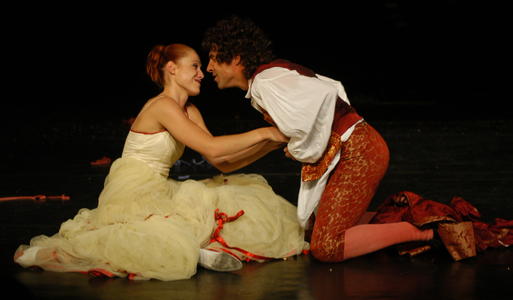 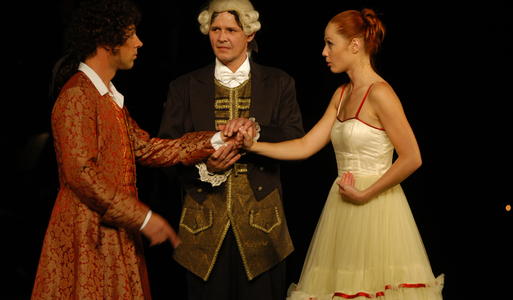 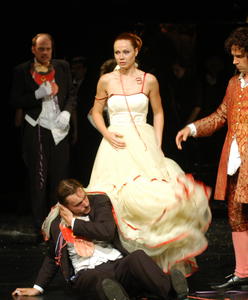 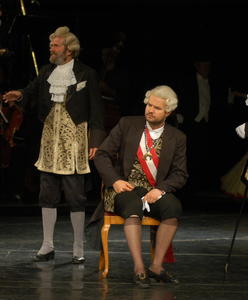 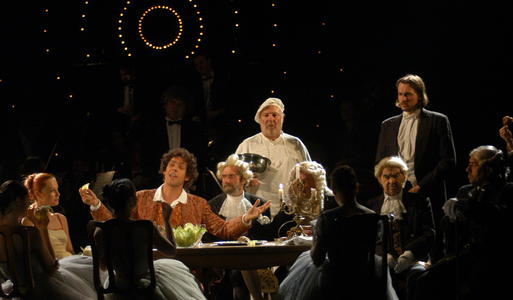 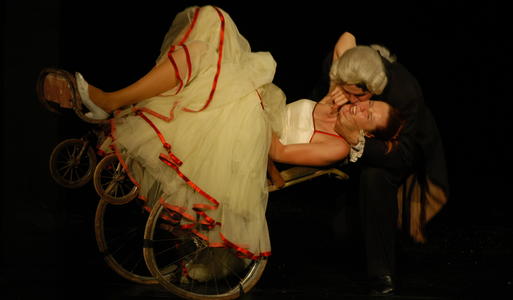 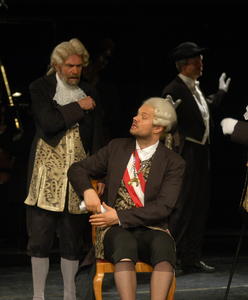 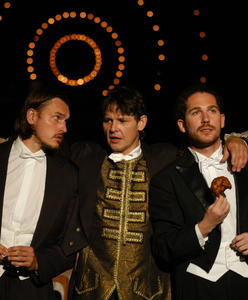 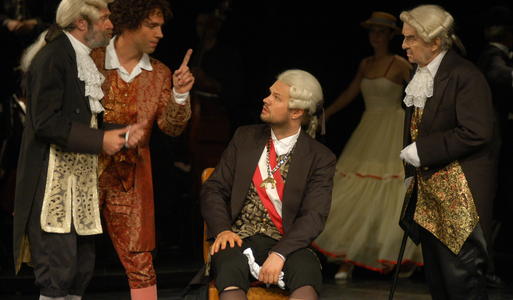