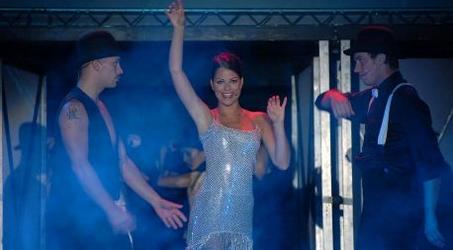 The Broadway Musicals concert makes excellent use of the great experience which the Brno City Theatre ensemble has gained since 2002 in creating programmes of song and dance numbers from top world musical pieces that have seen hundreds of performances both in the Czech Republic and abroad (Broadway Musicals, The Stars of Musical, Golden Broadway, Magical Broadway, etc.). It is this experience that enables us to tailor the programme to suit the requirements of a specific location and customer – it can take place with different cast sizes, with the Brno City Theatre orchestra or with recorded musical material, and it can be adapted dramaturgically to suit the client’s precise needs. However, our programme always centres on the fantastic singing and dancing of Brno City Theatre’s best soloists as well as a combination of hits from the most popular Anglo-American musicals out there with songs from our theatre’s current repertoire.

Ondřej Doubrava 21. November 2008 zdroj Musical.cz
It is already quite well-known that Brno City Theatre represents itself with its ensemble not only in its home town, but also from time to time in guest performances all over the Czech Republic, and often also abroad. The highlight of this guesting is the summer tour in Spain where mostly costumed concert productions of famous musical melodies are presented. Previously, the tour performance role was filled by "Golden Broadway (Musicals from Broadway)", but this year they came up with a new programme, the name of which is "The Stars of Musical", under Petr Gazdík's direction and with choreography by Hana Kratochvilová and Pavla Macháčková. It was shown on our local, fully packed Music Stage on 9th November. And it really is a tastefully mixed cocktail.
The first minutes were a colourful mixture of musical classics, while the main attention was focused on the cult works of the authorial duo Kander-Ebb "Chicago" and "Cabaret". However, "Sweet Charity" was also presented, and the very popular film 'jukebox musical' "Moulin Rouge", as well as some other less well-known but no less charming compositions. All the compositions were presented in the English original.
We definitely mustn’t forget two numbers which somewhat differed from the traditional version and therefore became very distinct. "El Tango de Roxanne" from the above-mentioned "Moulin Rouge" will never cease to fascinate due to the fact that when listening to this version, the one which was produced for the film, no one will have the urge to look for the noble original from the legendary Police; it is completely independent and lives its own life, which this show confirmed as well when Dušan Vitázek sang with a husky voice completely untypical for him. Petr Gazdík, with his romantic higher baritone had nothing to feel ashamed of either; a passionate dance was added to this piece and hey presto, another interpretation worth one's attention was created.
The cult song "Cabaret" in Marta Prokopová's great performance was completely minimalist as far as the scene and expression are concerned, but in this way the tragic undertone of the song could be felt, which doesn't happen all that often. Also in the other well-proven hits, under the great leadership of the conductor Martin Procházka, everyone could find something new even if they've heard these pieces many times before, thanks to the personal interpretative inputs of all the actors.
The second part of the programme is a shortened version of the legendary rock opera by Andrew Lloyd Webber and Tim Rice, "Jesus Christ Superstar". In a less official tone it could be said that it is a "best of" version. The conception of this part is more or less taken from Brno's full concert version of this work which had its premiere as part of this year's "Open Door Festival of Musical Theatre 2008"; its director was also Petr Gazdík and his great inspiration was another theatrical/concert adaptation by the conductor Caspar Richter in Vienna. While at its full length that version can remind one rather of a modern and yet classical theatre production, enriched by a large live orchestra, rather than a concert version, in the "Stars of Musical" Brno's selection of the greatest hits has its own justification and flow, it is greatly entertaining and on top of that, performed by an experienced acting team from the Brno ensemble (even with two actors for the Mary Magdalene role). And should someone ask why a whole half of the evening is made up of extracts from performances which anyone can view from time to time in Brno, and in English on top of that, the answer is obvious. Thanks to the "Stars of Musical" we have the opportunity to find out how Brno City Theatre presents itself abroad, where people cannot come and see our "Jesus" as easily as we can here, if we don’t count the experts and enthusiasts who travel all over the world to see musical theatre, and there are not so many of such people.
The spectators didn't have to rely on their knowledge of English, there was a subtitling device placed above the stage with a Czech translation of the songs. Unfortunately, it wasn't easy to see it from many angles, but this is only a supplementary matter in projects like this.
At the end, Lloyd Webber's much less well-known but optimistic Anglo-Spanish composition "Amigos Para Siempre“ could be heard, confirming the easy-going nature of the evening, which finished so quickly that the spectators found it hard to believe that it was one hundred minutes long.
So, if you want to experience a pleasant and undemanding evening, have a good clap and enjoy (or sing quietly) your favourite musical hits, a visit to this concert can be warmly recommended to you, if it still appears on the programme of Brno City Theatre. 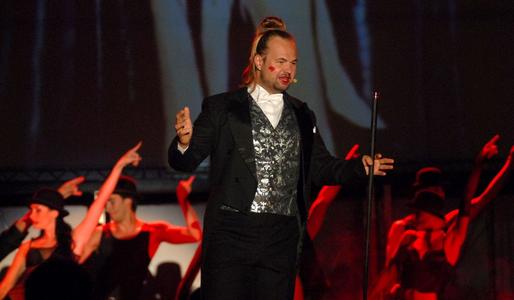 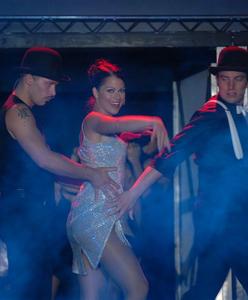 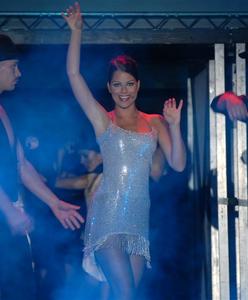 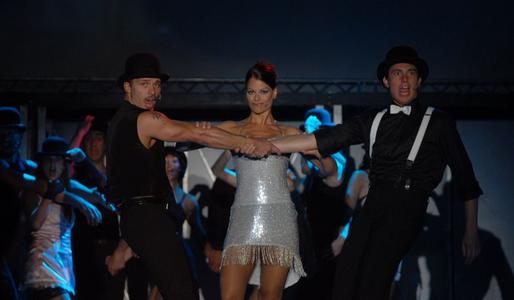 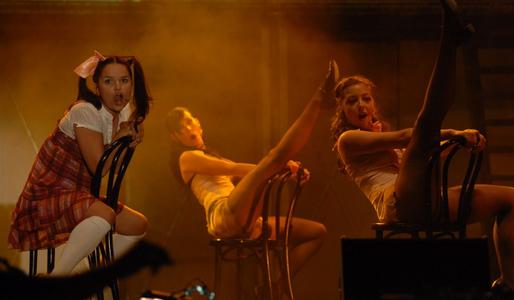 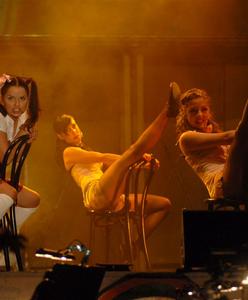 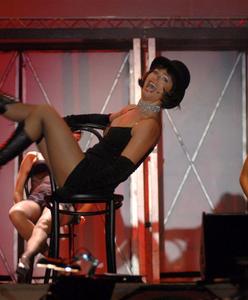 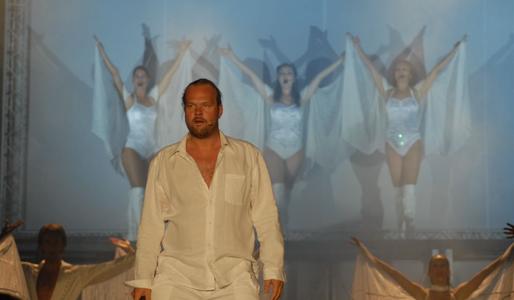 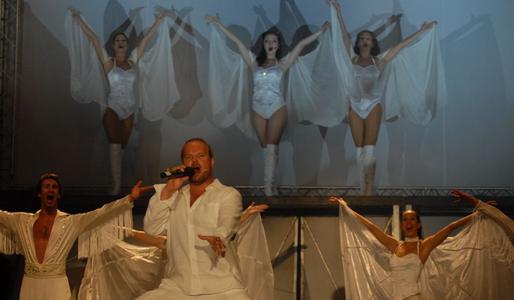 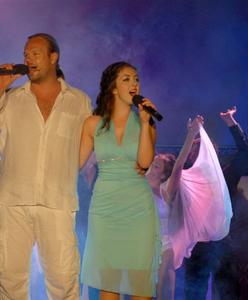 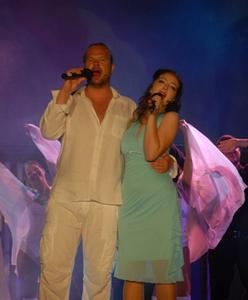 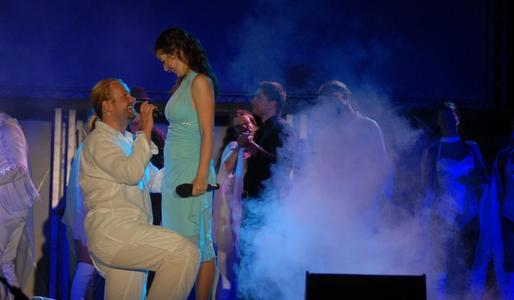