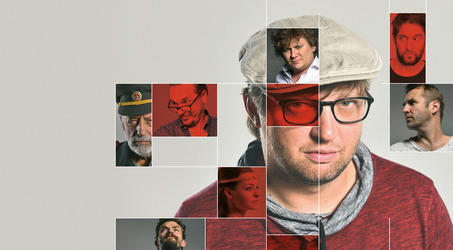 It is well known that many of the most significant moments in Czech history have happened in years that end in an eight. After having produced several self-penned works inspired by historic events, the proven authorial team of librettists Stanislav Slovák, Jan Šotkovský and Petr Štěpán, together with composer Karel Cón, decided to focus on Czech history as a whole in the jubilee year of 2018. From the time when the legendary Father Čech first brought his people to the summit of the hill known as Říp (which must have taken place in an “eight” year, of course), right up to the present day, we wander through Czech history in the company of a group of comedians. Osmyčky is a cabaret-like whimsical féerie with songs that presents Czech history from an unexpected and bitter yet cheerful perspective. The production doesn’t just cover years such as 1108, 1278, 1348, 1648, 1848, 1918, 1948 and 1968, but also the “eight” years in which seemingly nothing important happened (did you know that the Czech Tourist Club was founded in 1888?). Our guides through the history of this small nation will be two individuals that have always accompanied it, the “inverse Blaník knights” Informer and Arrester, who – as is revealed gradually – stand in the background of the majority of important events in the history of the Czech nation and do not hesitate to defend their rights even before God´s judgement. The production is directed by Stanislav Slovák.

(…) Karel Cón, Petr Štěpán, Jan Šotkovský and Stanislav Slovák (…) thought up a great name - The Eights - for their show marking the nation’s centennial celebration – eight has proven to be a fateful number for the Czech (and Czechoslovak) people on many occasions. (…) Petr Štěpán is one of the two central characters, Marcel the Arrester. He is seconded by Michal Isteník as Čeněk the Informer. This duo, labelled “the Blaník knights inside out” by the authors themselves, appear throughout the production. (…) After a televisual introduction, an idea-packed feérie begins, with Czech history offering no shortage of inspiration. (…) There is applause after Přemysl´s ballet performance and the scene with the Third Prague Defenestration of 1618 with its central song pa dam, pa dam, Padám (I’m Fa-fa-fa-fa-falling). The opening scene featuring the arrival at Říp Hill, when dissatisfied Rus and Lech leave but Forefather Čech remains (even though he doesn´t like the place much), is full of verbal humour. In the end he is convinced by the central duo, who this time take the role of cunning dealers that offer him the land for a future country at a great low price. There are eight characters in the play, though only one is female, played by Radka Coufalová. She starts off as Vesna, a friend of the Forefather’s, and later appears as an investigative journalist named Sabina who has received top secret material uncovering a major plot cooked up once again by Čeněk the Informer and Marcel the Arrester. (…) The director Stanislav Slovák is always full of great ideas, and he certainly had some of them when writing this play. The varied and fast-changing stage set by Jaroslav Milfajt is supplemented by projections and pre-filmed sequences by proven specialist Petr Hloušek. 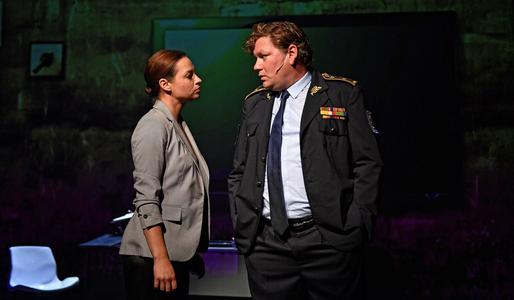 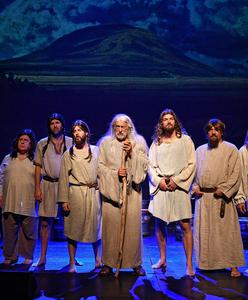 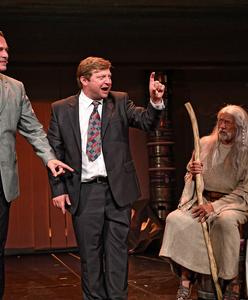 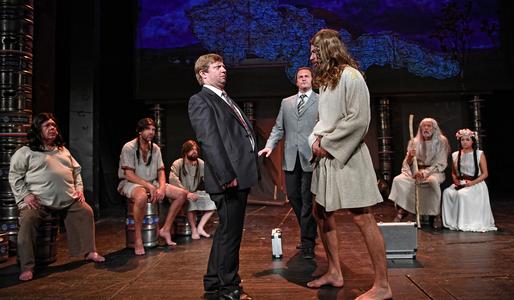 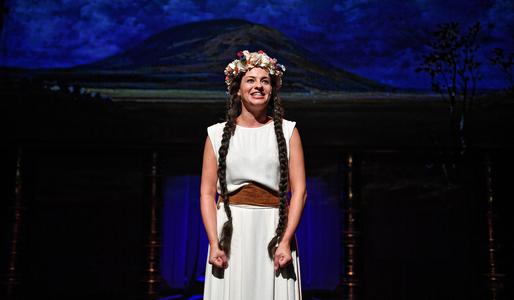 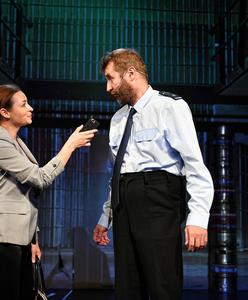 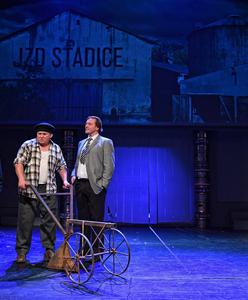 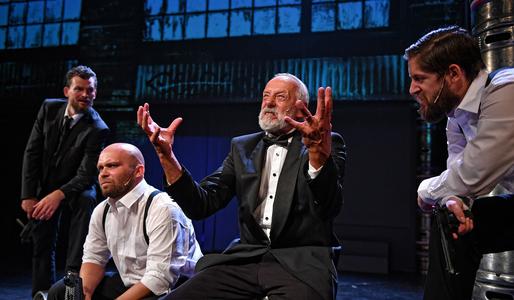 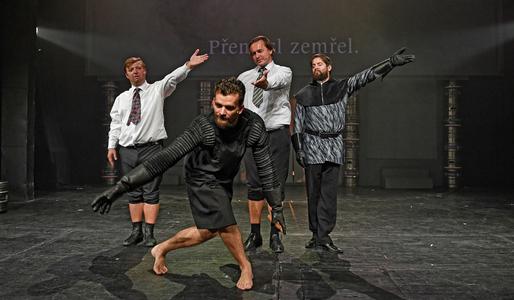 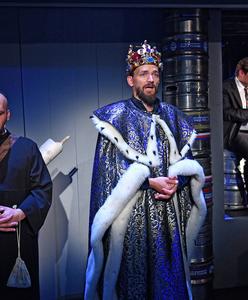 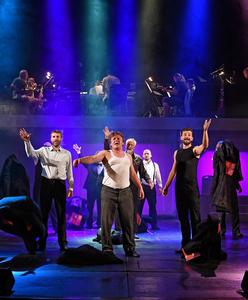 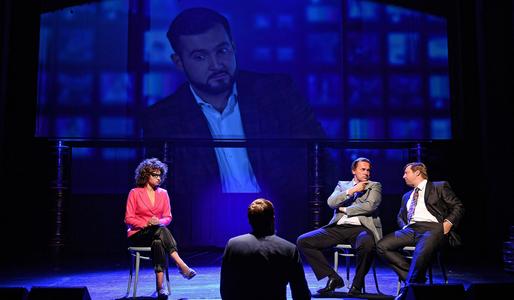