“Once upon a time there was a poor farmer called Klapzuba, who had eleven sons. Being poor, he didn´t know what to do with them and so he started a football team.” With these words, Eduard Bass opened his story about one unusually successful family soccer team. It’s a work which has been published many times since 1922, and there have also been many theatre and film versions of the tale, which has become an undeniable Czech literary classic. The team succeeds not only due to their skill at football but also (and mainly) thanks to their togetherness, friendship and sense of fair play. Bass’ work is fundamentally a modern fairy-tale about brave boys from a small village who refuse to be scared of the big wide world. With kind and mischievous hyperbole, Bass also built a memorial to the immortal Czech love for a game called football. And just as the Klapzuba boys from Dolní Bukvičky became admired world champions, the almost one hundred year old book has gained further and further generations of readers.

This theatre adaptation posed an attractive challenge for authorial trio Slovák–Šotkovský–Štěpán, who set out to create a brisk musical comedy for the widest possible audience and deliver top-level family entertainment similar to that provided by their production of Bítls. This story from way back when football still wasn´t played because of the exorbitant rewards but mainly for the joy of the game itself will be presented by our theatre to the rhythms of swing and under the baton (or perhaps whistle) of Stanislav Slovák (who is also a successful football coach himself).

(…) The well-tried trio of authors – Petr Štěpán, dramaturgist Jan Šotkovský and director Stanislav Slovák reached for a well-known prose “for boys, big and small” – Klapzuba’s Eleven by Eduard Bass. Jazzman Jiří Levíček contributed with thirty-five acts, mostly swing, and with a number of enriching ideas, a family musical was born, telling the story of an ambitious farmer from Dolní Bukvičky (Viktor Skála) who led the football team of his sons all the way to the world’s top. With some acceptable storyline changes (the Klapzuba grandfather by Zdeněk Junák, strengthening the female element by Alena Antalová as a tolerant and decisive Mother and the girl Narrators as athletes and cannibals), the period atmosphere and the unobtrusive message about tenaciousness, togetherness and fair play was maintained in all the scenic elements.

MUSICAL COMEDY KLAPZUBA´S ELEVEN IS A REAL EXPERIENCE. EVEN FOR THOSE WHO AREN´T KEEN ON FOOTBALL.

In 1922 Eduard Bass wrote a beautiful and jolly story about a successful family football team. (…) And now Brno City Theatre has made it into a theatre production - and it is really worth seeing! (…) For the authorial trio of Slovák – Šotkovský – Štěpán, this topic presents an attractive challenge: to create a fast-paced musical comedy for the widest audience, family entertainment of top quality, just as in the case of their production Bitls. (…) Several beautiful songs which sound as if they were smuggled out of First Republic cabarets can be heard in the production alongside blues melodies and inventive background and dance music. Jazz rhythms accompany many of the girls’ appearances, once in the roles of fans, and elsewhere in the many competing football teams. Levíček´s melodies are original, innovative and still make the pleasant impression on the audience that we’ve heard them before - a long time ago. The group scenes with the girls (often in the roles of competing male football players) as well as Martin Pacek´s choreographies featuring Klapzuba´s eleven are full of simple ideas conveyed with precision.(…) Adéla and Andrea Kučerová had great fun with the costumes. The many football kits and various uniforms for the ensemble along with the beautifully funny costumes of the cannibals all formed an inseparable part of the light and witty directorial concept. (…) Perhaps I should also mention what was added to Eduard Bass’ original amusing read. First and foremost there’s grandpa Klapzuba, i.e. the father of the coach of the eleven sons. Played by Zdeněk Junák, the grandfather is some kind of guide or commentator on the story, and has occasional dialogues with his son. It added a lot to the simple and easily-grasped plot. Short one-liners, excellent acting. Zdeněk Junák just sits peacefully on the side of the stage, watching what´s happening and commenting, just by the way, on what is to come. Despite his low-key presence, he is a character which we constantly notice. His smile can make the plot move forwards. Alena Antalová played the beautiful role of mother Klapzubová. Her joys and worries about her eleven boys and husband were expressed with full emotional commitment. And father Klapzuba? Viktor Skála has demonstrated his acting – filled with emotional tension - many times in both comedies and tragedies. Here, he enjoyed his role. His energy was fully absorbed by the football-playing boys, and when father gives up in the second half of the story, it is a nice heap of unhappiness, but a funny one. (…) 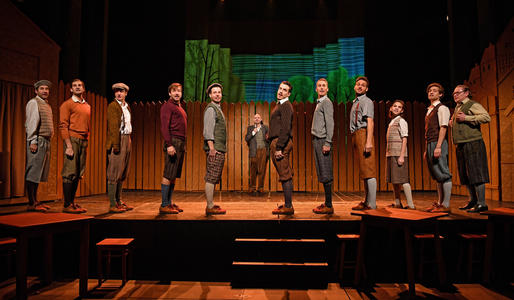 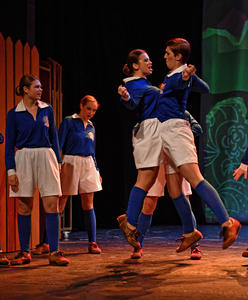 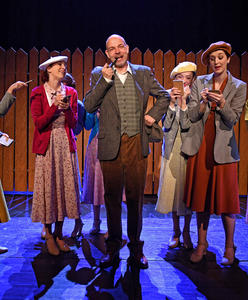 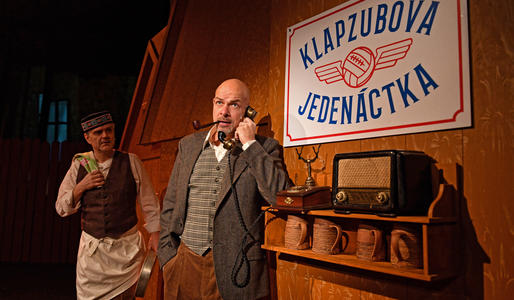 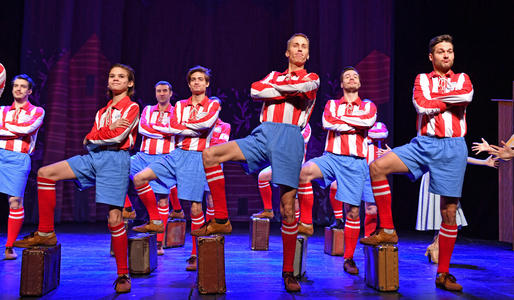 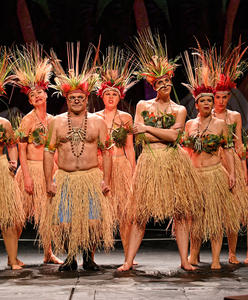 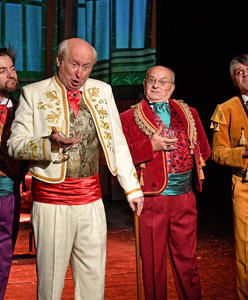 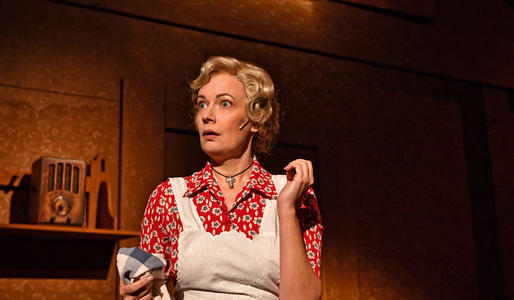 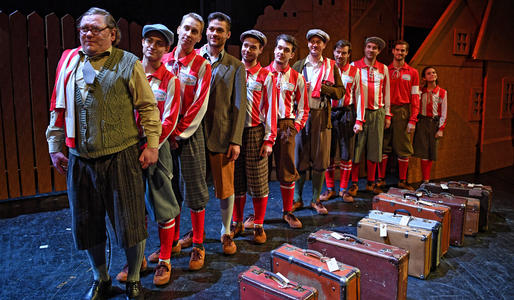 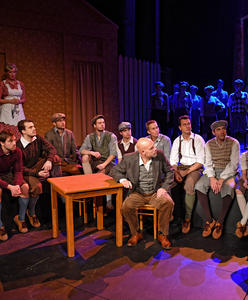 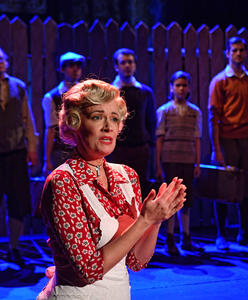 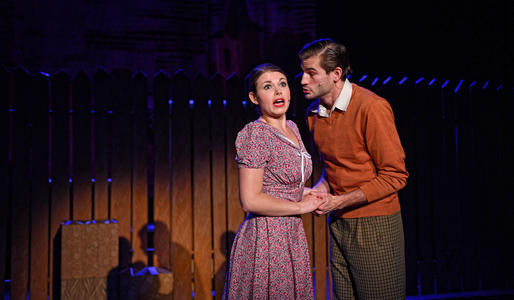