Miloš Urban is undoubtedly one of the most prominent figures of Czech post-Velvet Revolution literature. Loved by readers, feted by reviewers, his books have been translated into foreign languages and inspired both TV productions and films… Yet despite all that, Brno City Theatre is the first Czech theatre to have acquired the rights to dramatize one of Urban´s prose works.

It is the novel Santini’s Language, a mysterious thriller skilfully tinged with mysticism. A company’s advertising “creative”, Martin Urmann, is given an unexpected task: to discover an all-purpose sentence, an advertising slogan that works under all circumstances and can sell anything. Urmann starts to believe –influenced by a chance meeting in the underground with a mysterious girl who is reading a book about saints, stars and churches – that this sentence can be found in an encrypted message within the works of Baroque architect Jan Blažej Santini. However, he doesn´t know that the path of his search will be lined with bizarre murders, mysterious messages from the past and a very strange love story…

With regard to the proximity to our city of two historic buildings by Santini in which parts of the novel take place (Křtiny and Rajhrad), Santini’s Language is also a homage to Brno´s genius loci, as was the recent dramatization of the Glass Room. The director of this new work, which was specially created for our theatre and will be performed as a world premiere, will be Stanislav Slovák.

(…) A mysterious story takes us to six famous, renowned Santini’s buildings and many other environments. (…) The book dramatization is the work of Stanislav Slovák and also the dramaturgist Jan Šotkovský. (…) The authors strived for a most faithful retelling of the prose and its transfer to the stage with many persons, and many environments. (…) Therefore there is a flow of images. The stage design by Jaroslav Milfait is very simple, empty, and thanks to the lighting effects of Petr Hloušek, capable of somehow indirectly and very freely quoting Santini’s architecture. (…) Urban also emphasizes a certain hyperbole and detachment, humour or distance from the events, which the authors maintained. (…) And the detachment is mostly present in the acting of the evening. (…) Dušan Vitázek, in the main role of Urmann, sometimes talks openly to the auditorium about what he is looking for or what’s troubling him, he throws these thoughts and observations across the proscenium, making him a more lively character than the narrator of the book. (…) 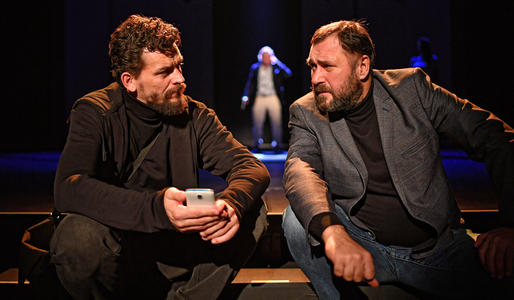 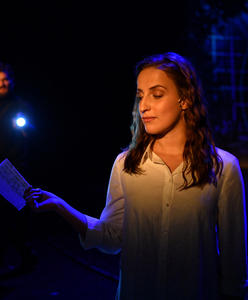 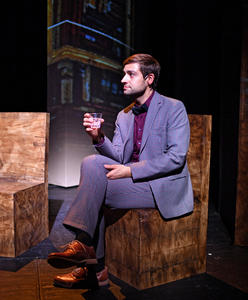 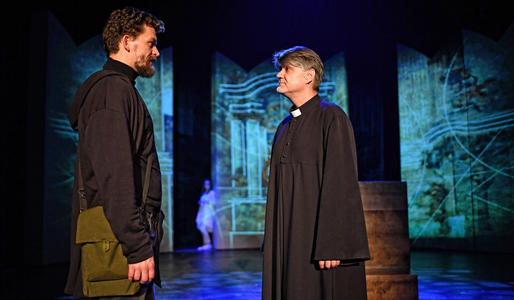 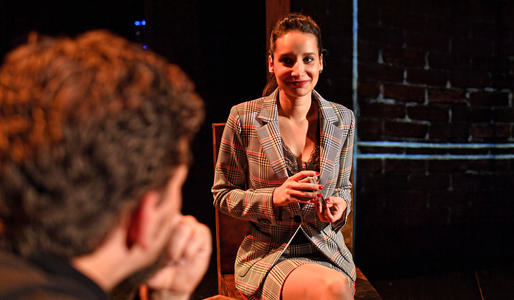 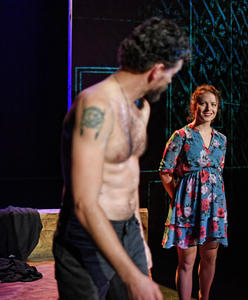 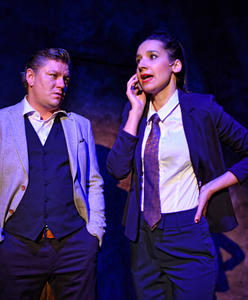 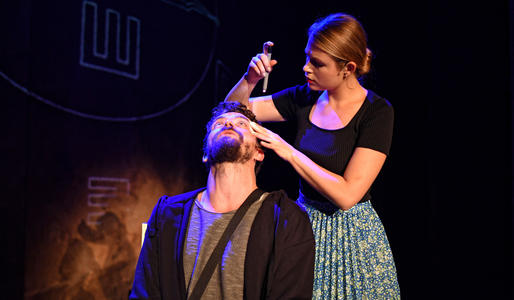 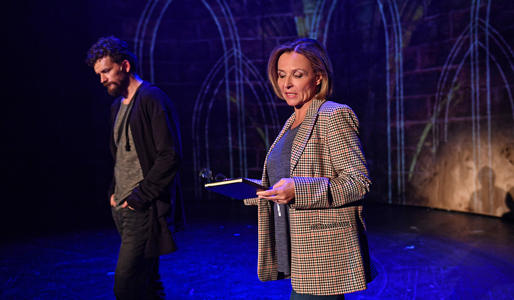 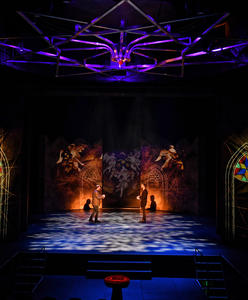 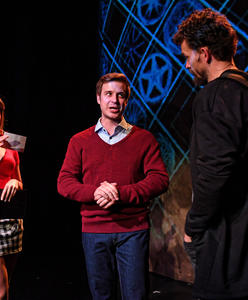 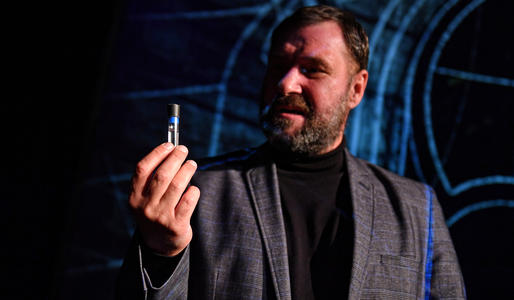