musical based on a famous novel, Czech premiere

Charlotte Brontë (1816–1855), the well-known writer of classic English literature, was born into the family of a vicar and spent most of her life in Haworth, Yorkshire. The third of five sisters, she had to watch all her siblings (including one brother) die of tuberculosis. After the death of her siblings, she was left alone with her father for some time, but then moved to London in order to enjoy the success that the novel Jane Eyre had brought her in a more urbane social setting. She got married in 1854 but died one year later, probably pregnant, of one of the diseases prevalent at that time – typhoid or tuberculosis.

In her most famous novel from 1847, she described her experiences at the girls´ school in Cowan Bridge and elsewhere. The story of Jane Eyre, an orphaned girl, who has to fight her way to happiness through a life filled with misery and terrifying events, was a dazzling tale for readers from the very beginning. It is quite unsurprising that it has been adapted for television, film and finally also the theatre so many times. The musical version also tells the romantic story of the love between Jane Eyre and Edward Rochester together with all the often almost horror-movie-worthy events of the well-known saga. Adolescent Jane´s closest friend Helena dies, but Jane learns from her that the worst injustices can be faced with forgiveness. This understanding eventually allows Jane to achieve the happiness she truly deserves.

The musical had its world premiere in 1996 in Canada, reaching Broadway four years later. It received five nominations for the Tony Award and saw over two hundred repeat performances. The author of the music and song texts is the experienced American composer Paul Gordon, while the libretto was written by English playwright and director John Caird, who also has, among other things, a Tony Award under his belt for the direction of Les Misérables in 1987. Our production of the musical will be a Czech premiere directed and translated by Petr Gazdík.

(…) I saw Dagmar Křížová as Jane Eyre. She has only been a member of Brno City Theatre since 2017, and this role was the most demanding she’s had so far. She managed her acting and singing part admirably well. Of course, director Petr Gazdík also gave her plenty of space to create a convincing role. The romantic story of the love between Jane and Edward Rochester resonates perfectly in Lukáš Vlček’s depiction of Edward. Helena (played convincingly by Petra Šimberová), Jane´s closest friend as a teenager, dies, and Jane learns from her that the worst injustices can be countered by forgiveness. It is thanks to this motto that she eventually meets with well-deserved happiness. Alena Antalová´s portrayal of Lady Fairfax was also convincing. We could go on to name every member of the extensive cast here, as everyone gave their all in this production.

Although sometimes quite important characters and situations from the novel were left out of the dramatization, it can be said that the musical as a whole had a compact feel, and it fulfilled its purpose – it created a sensitive view of the emancipation issues of the nineteenth century. It is almost comical in the light of today´s standards, at a time when “Me Too” is rearing its head again and again. These days one even worries about shaking hands with a lady just in case it it’s interpreted as harassment. Jane Eyre would be surprised… Different thoughts pass through spectators´ heads after watching the musical. However, one fact is important. The music, the story, the acting and the whole experience in general is cleansing. They just make the viewer feel good. After such a long “fast” due to the pandemic, and despite the unpleasant masks on our faces, it is worth it to see the musical Jane Eyre, to let ourselves be carried away by the excellent, dramatic, sometime lyrical music, and to empathise with the problems of the protagonists, which are presented so credibly by Brno City Theatre’s actors and singers.

(…)The Czech translation was provided by director Petr Gazdík, and it must be said that even though the lyrics in this version are sometimes overly frothy with romantic language, the overall results can be appreciated as a tasteful version of the touching story of an orphan whose unhappy life is turned around by finding hard-won love with her dream man. With such themes, it is easy to enter the realms of sticky kitsch and melodrama. However, this fortunately wasn´t the case with the theatre production of Jane Eyre in Brno. Gazdík´s production is a well-composed musical which contains and naturally emphasizes the romantic arsenal of the original: the themes of personal honour, love marked by sacrifice, and the miraculous power of forgiveness. Spectators who are longing to experience some epic musical theatre will get all of these in spades. And this implied message, i.e. the main idea of the almost three-hour production, is wrapped up in some rather sophisticated theatricality. The visual side of the evening is provided by the great stage design from Petr Hloušek, who built the high wooden walls of the aristocratic residence in Thornfield next to the sides of the proscenium arch, and at other times had a sketchy roof structure descend upon the stage, with part of the story unfolding under the trusses and wooden structures. The use of a pyramid staircase, which arrives on a platform on the frequently used turntable, is also ingenious, and it effectively stirs up the plot. Gazdík also uses it for several interesting stage events. Eliška Ondráčková Lupačová´s opulent costumes contrast with the simple Englishness of the stage set, with its harsh autumn colours. They allow us to witness the real period fashion of the first half of the nineteenth century. In addition to the styles and materials, one can appreciate, especially in the case of the ladies, the artist´s sense of detail, e.g. the use of a lorgnette, and the various bows and careful folds. Another pleasant surprise of the evening is the interesting choral choreographies by Hana Kratochvilová, who equipped this company with black costumes and long branches. The mountains, hills and also the famous moorland are created from them, as well as from human bodies. These scenes of simple movement act as an inventive and organic glue that holds the story together and adds casual charm to the production. However, we are in romantic musical territory and music lovers will also enjoy themselves thanks to the excellent orchestral arrangement by conductor Caspar Richter, who conducted the first premiere outstandingly. The sound of the orchestra is truly above-standard, and it also provides a solid foundation for a settled and stable performance by the participants. The natural focus of the production is Kristýna Daňhelová in the title role, who not only equipped her Jane with brilliant singing technique, but also gifts her with the necessary charisma. The uncompromising heroine is not a mere lovelorn girl, but a being that’s truly alive, one whose talk above love, humility, submission and forgiveness is believable. Daňhelová didn´t oversweeten her Jane. On the contrary, she partially wrapped her heroine in that attractive enigma that is so necessary and useful when dealing with romantic material. Lukáš Janota as Edward Rochester provides her with support, and not only in the duets. He also found the optimal form for his somewhat mysterious and unpretentiously loving hero, and additionally entertains the audience in the role of an old singing Romani woman. Alena Antalová equipped her Lady Fairfax with gentle humour. Her singing parts as Rochester´s chattering housekeeper are a real pleasure to listen to, just like the magical, clear voice of Sára Milfajtová, who gains the favour of the audience with (not only) her excellently sung coloratura soprano aria, in which she demonstrates great lightness and mobility, especially in the highest notes. One cannot list every one of the grown-up actors, but spectators will definitely be moved by the children: Marie Juráčková reigned supreme with her totally natural performance on Saturday as the impish and rather theatrical Adele. All in all, the Brno production of this romantic musical is an interesting piece that ingeniously follows the iconic ‘orphan story’ without any melodramatic ‘spectator traps’, and with music that’s excellently played and sung. Jane Eyre is a strong new addition to the musical repertoire of Brno City Theatre, a work which lies far removed from the occasional superficiality and cheap entertainment that are so often found with the musical genre. 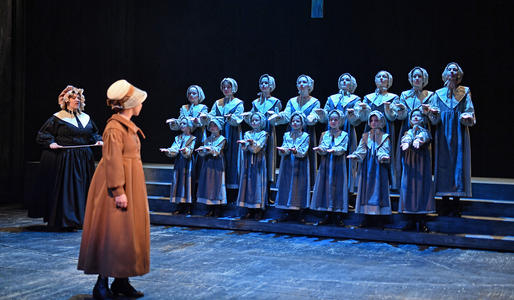 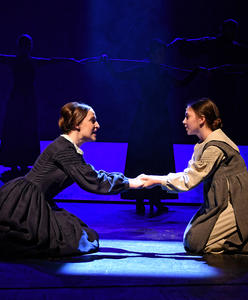 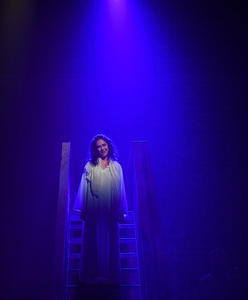 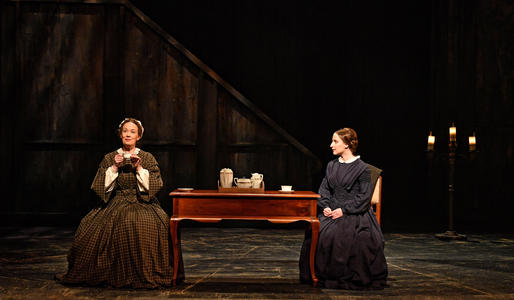 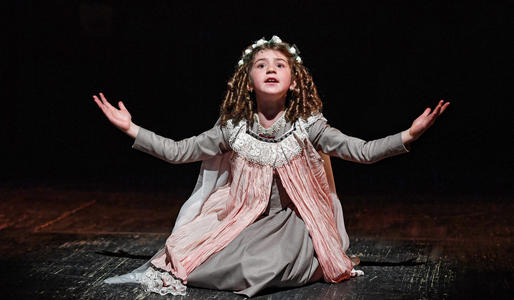 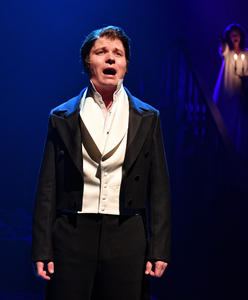 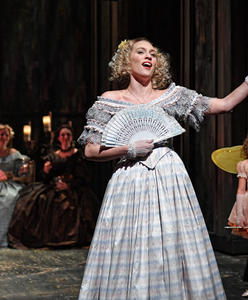 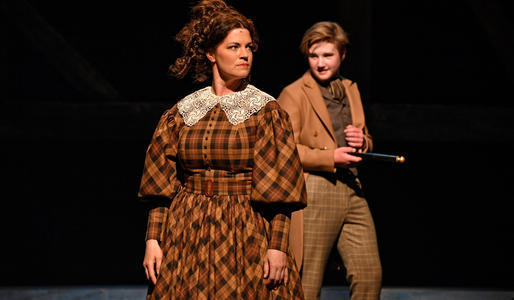 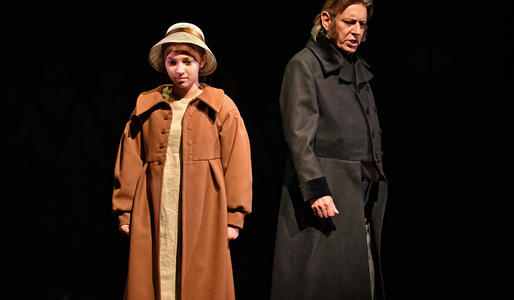 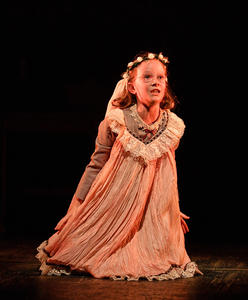 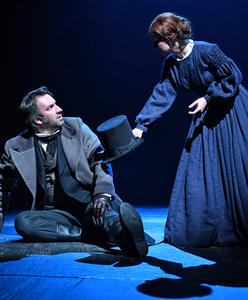 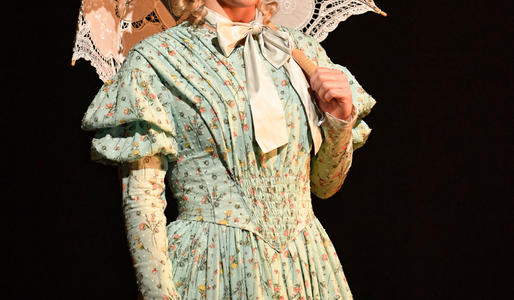