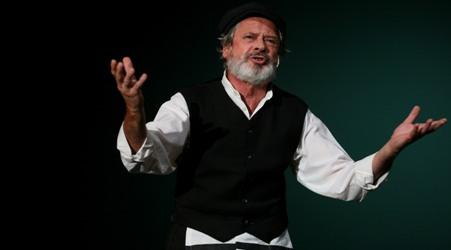 This world famous American musical took its metaphorical name from a picture by the no less well-known artist Marc Chagall. After its world premiere in New York in 1964, the first production saw a record number of reprises: 3 242! The plot is based on the charming short stories of a Russian Jewish writer, Sholom Aleichem. Their distinctive hero is the milkman Tevye, who is endowed with five daughters and an energetic wife. The dramatic story, set in a Ukrainian town at the beginning of the 20th century, expands into an unpretentious celebration of human solidarity thanks to Tevye’s individual brand of humour. The emotive effect of Stein’s libretto and Harnick’s songs is strengthened by Bock’s melodic music.