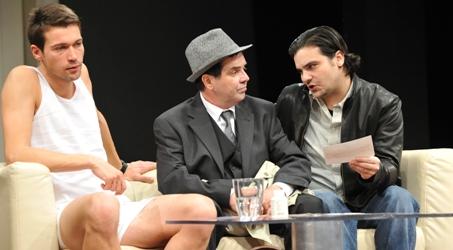 Not only exceptional wines and great cheeses are born in the land of the Gallic cock. Perhaps thanks to its unsettled history France is also a land where notable comedies are born, and we are bringing you one of them, a comedy full of errors, misunderstandings, gags and passion, and with a moral ending. Pierre Brochant practices a very strange custom with his friends. Every week they invite a simple, i.e. foolish person to dinner and then spend the whole evening making jokes at the expense of the ‘imbecile, cretin, donkey’ without the poor unfortunate knowing that the group is mocking them. The next ‘victim’ was to be Francois Pignon, whose greatest source of entertainment was the building of models of various buildings out of matches. The normal evening does not take place, of course. As one expects of situation comedies, the situation begins to get complicated when Pierre’s wife informs him that she’s leaving him. The only person to come to the unhappy husband’s aid is the simple-minded Francois, who causes various other people to get mixed up in events – a spiritually crazy lover, a malicious friend/foe and eventually an inspector from the tax office. The masterly built up plot with its sparkling dialogues comes from the pen of the French author Francis Veber, who is also known as an author and director of films.

An idiot has come to dinner on Lidická St.

The dramaturgically rich offerings of Brno City Theatre’s Drama Theatre likeably combine into a balanced repertoire. While this season began with Bernhard’s bizarre, demanding (for spectators) drama ‘The Force of Habit’, it was shortly followed by the advent (and also peculiarly New Year’s Eve) premiere from a purely recreational genre – the popular comedy by Francis Veber (born 1937) Le Diner de cons, in English known as The Dinner Game (and translated into Czech by Antonia Mikliková as Blbec k večeři (An Idiot to Dinner)).
The seventy-two year old French author of four comedy plays works both in Europe and in Hollywood and mainly devotes his time to film as a world-famous, productive screenwriter and director (known in the Czech Republic for such films as The Tall Blond Man with One Black Shoe, Return of the Tall Blond Man, Le Jouet (The Toy), Shut Up! and many others). In connection with the family literary tradition he continues Labiche and Feydeau’s line of Gallic (though in some places rather English) compositionally exact situational farces with humorous dialogues founded on the conflict between the outer appearance of a depicted character and the actual truth about them. He enjoys creating variations on the bizarre meetings of two opposite, yet fundamentally similarly lonely types – one apparently self-confident and dominant, the other a persistently intrusive outsider. In the case of The Dinner Game (inspired by real life in Paris and filmed by Veber himself in 1998), the story concerns rich publisher Pierre Brochant (stylishly youthful Lukáš Hejlík), a member of a snobbish metropolitan society which meets regularly in order to maliciously make fun of a specially selected and invited simpleton. The prepared competition for the biggest idiot is however spoilt not only by a sudden health problem but also and mainly by the potential victim himself – subaltern clerk at the Ministry of Finance Francois Pignon (Erik Pardus). Gradually, other secondary figures appear and make their mark in the plot of this chamber play (his wife, who is leaving, Christine (Jana Glocová), his inconveniently arriving, eccentric lover Marléne (Pavla Vitázková), his friend Leblanc (Alan Novotný), orthopaedist Archambaud (Patrik Bořecký), and most outstandingly the dangerously suspicious tax inspector Cheval (Horse) acted, neighs and all, by Martin Havelka), until the original apparent positions of the protagonists are reversed. This play, with its precise dramaturgy by Jiří Záviš, is no great theatrical discovery – since its first Czech performance in Kladno it has been performed also in Brno for some time by the Amadis ensemble, using a different translation of the work.
After the successful production of Yasmina Reza’s Art the year before last, experienced director Zdeněk Černín took on Art’s genre brother The Dinner Game with the usual team (Jan Dušek, creator of the modernist interior with differing sculptures and pictures, Alice Lašková, author of the costumes, and composer David Rotter). The cast was well chosen according to type, the text was slightly reduced and the reliable workmanship of the original was maintained on a more-or-less conversational level (though it’s still settling down tempo and rhythm-wise). The characters are believable and the well-nuanced situations are spiced up by several episodes of movement and farcical embarrassment. The absurdity-tinged evening is also supplemented with moments of moving sentimentality and a little bit of light moralising. The focal point of the whole play is the tragicomic titular ‘hero’, Pardus’s creation, who is no caricature, remaining cultivated and plausible, with well thought out gestures, exuding smiling likeability while causing chaos through his empathic self-sacrifice. Černín’s outwardly modest production is a welcome counterweight in the repertoire of Brno City Theatre to the musicals of the flourishing Music Theatre, and also another proof that the adjective ‘commercial’ doesn’t automatically carry a pejorative charge.

Pavel Růžička 1. February 2010 zdroj KULT
The Dinner Game is a conversational comedy for seven actors on the stage, with an eighth as a voice on the telephone, and yet, with a little bit of exaggeration, this play can be called a “one man show” in which Francois Pignon stands head and shoulders above all the others. The Pignon of the silver screen, the late actor Jacques Villeret, played good-hearted, slightly stupid and rotund characters several times, as he had a very suitable visage for that sort of role. The choice of actor for this title role was crucial, this time more than at other times, for the success of the play. In Brno City Theatre, Eric Pardus is “the idiot”, and he is doing well – he is unhealthily pushy with his photographs of structures made of matches, naively surprised at his own mistakes on the phone and totally uncompromising as he throws out Brochant’s wife, Christine (acted by Jana Glocová).
Brno City Theatre took a safe route with The Dinner Game - the adaptation sticks closely to the original, even though the spectators got to experience a few popular “modernizations” of the text. The names of the characters remained French except for one – Veber’s Cheval was translated as Kůň (Horse). If the performance of the other participating actors is to be rated as standard to good, Martin Havelka’s Horse surges way beyond this evaluation. A strict financial controller who loses his illusions about the fidelity of his wife towards the end of the evening, he neighs on the stage instead of laughing and infects even the spectators with his ironic enthusiasm. It is proof that even a smaller role can be acted in a grand way. The Dinner Game by Černín is standard fare… but that standard is exceptionally high. 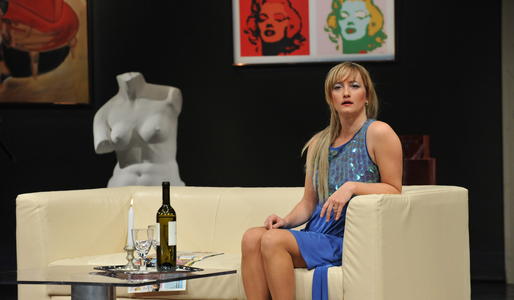 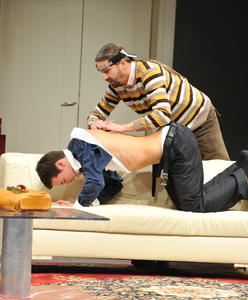 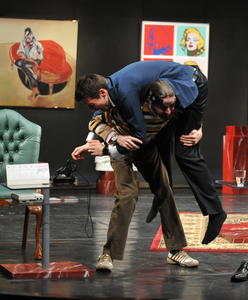 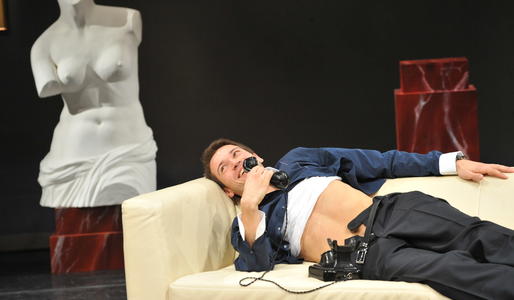 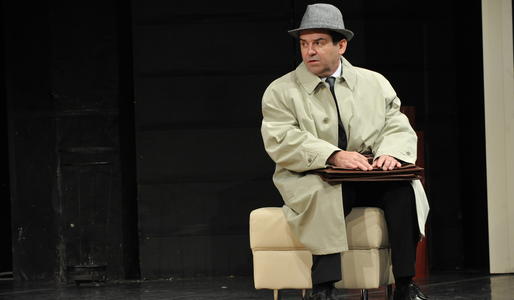 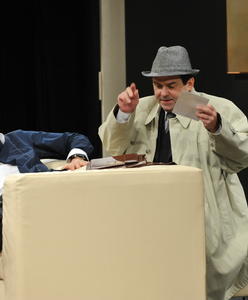 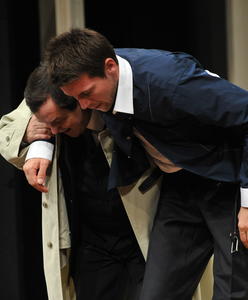 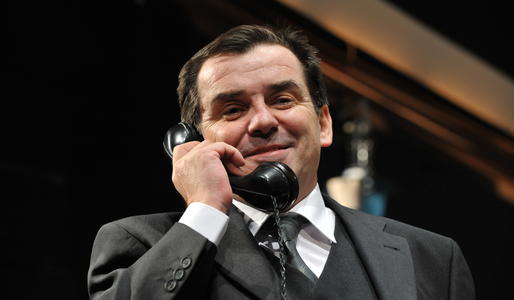 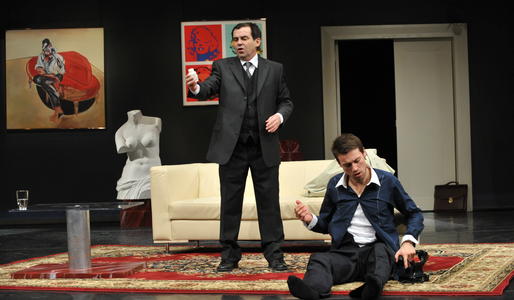 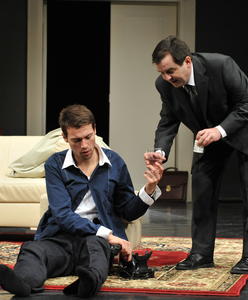 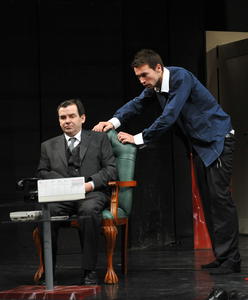 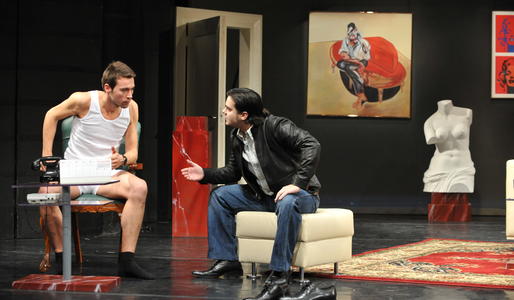