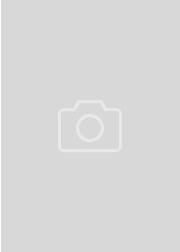 He is a scene designer, professor, head of the Stage Design Department of AMU of Prague. He studied the stage design under the tutorship of professor František Tröster. He co-operates with a number of national and foreign theatres. For his work, he was awarded the Gold Medal in Trienále Novi Sad (1972) and in 1996, he was awarded the Alfred Radok Award for the stage design – for the stage design of Othello by Shakespeare in the Brno City Theatre directed by Zdeněk Černín with whom he has been co-operating since the moment Černín directed his first play (Our Country Town, 1996). In the Brno City Theatre, he participated particularly in the staging of plays such as A Servant to Two Masters, Amadeus, Our Rakes, The Master and Margarita, A World Full of Angels, Libertin, One Flew over a Cuckoo’s Nest and The Gamblers.