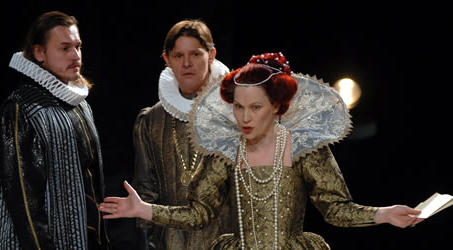 One of the most famous dramas of European romanticism was built on the historical power and personal conflict of two great women of the English history – Mary Stuart and Elizabeth I. Mary Stuart, Queen of Scots, accused of conspiracy against Queen Elizabeth and the murder of her second husband in 1587, appears in the Schiller’s drama as a passionate woman, but also as a repentant sinner resigned to her death. Queen Elizabeth is depicted in contrast with Mary as her proud, cold, small-minded and selfish opponent in policy and love. The dangerous and impressive fight of the two women culminates at the moment when Elizabeth signs Mary’s death warrant. Paradoxically, the moment of Elizabeth’s victory is not the act of univocal success: definitely, she wins politically, but loses morally and is aware of it. The real image of Elizabeth’s victory is fully manifested in the impressive conclusion of the drama when physically defeated and humiliated Mary Stuart overgrows her seemingly more successful rival with her submission and moral strength.

Schiller’s masterful drama is a gripping probe into the human interior in the moment of victory and defeat. It also discovers many principles of fighting for power as well as certain ruthlessness and covered troubles of every human action.

Schiller’s Mary Stuart Is Walking under an Axe

Černín included a sum of necessary adjustments to the tragedy written by Friedrich Schiller to support a dynamic, and sometimes expressive interpretation of the performance. The visual side of Schiller’s story about a dispute of two island queens divided by religion and connected by their drive for power is based on the costumes and stage setting designed by Jan Dušek, stage manager’s permanent co-worker. In the first part of the performance the stage is dark, in the second, pointed half of the drama the stage is illuminated up to whiteness. Musician David Rotter has also become a fixed star of Černín’s performances. This time his rock dress and ferocity was put away. He set the musical accompaniment from fine, lyrical, melodic harmonies up to fierce and grating motifs of fatal desperateness, with a sensible sound of music thinking of the second half of the sixteenth century.

Every essential thing lies on the shoulders of two protagonists - Veronika Senciová (Mary) and Pavla Ptáčková (Elizabeth). Although some hairsplitter critics heard Senciová’s slight Slovak accent and did not like it (I don’t know why just in her case), this talented actress from Opava should be appreciated for her drive, monarchical gentility and presentation of tragic fate on the power chessboard where one of the queens must fall down.

Ptáčková built her Elizabeth on the variability and calculation of her steps at making intrigues based on the knowledge that her rival is a beautiful woman, more beautiful than she is. But lovely Ptáčková could not play well this Elizabeth’s handicap.

However, the most arousing is the first alternation of both the queens, Irena Konvalinová (Elizabeth) and Jitka Čvančarová (Mary). Just their names promise an extraordinary experience. I look forward to seeing their queens at some festival or a hundredth repeat.

Mary Fights with Elizabeth in Brno

Stage manager Zdeněk Černín, who adapted the play, managed to give a true picture of the relation between Mary Stuart, Queen of Scots, and the English queen Elizabeth. This success was mainly due to the performances of both the protagonists. The part of young Scottish ruler, one hundred and eighty centimetres high beauty, was entrusted to Jitka Čvančarová. She proved again after the role of Mascha in the Seagull that she is not just a musical actress. However, an especially strong performance is presented by Irena Konvalinová in the role of groping Elizabeth who does not know what to do with her proud Scottish “province”.

The performances of protagonists are raised with the simple metal stage setting designed by Jan Dušek.

The Brno City Theatre put Schiller’s drama Mary Stuart on the stage of the Dramatic Scene at the beginning of March. After the January premiere of playful comedy An Italian Straw Hat stage manager Zdeněk Černín faced a completely different task: To interpret the drama of two queens in such a way to tell something to the contemporary audience. Everything started with a new translation by Alena Bláhová and a considerable abbreviation of the original text. Thus, the drama meant for a big stage changed in a chamber dramatic story of two competing women – queens and their position, power and intrigues around them.

The impressive story of mature women places the female beauty, attractiveness and natural intellect of one against the coolness, rationality and indecision of the other. They both are acted by young actresses - Pavla Ptáčková (Elizabeth) and Jitka Čvančarová (Mary Stuart). They play with full drive, each of them fights for her ideas and needs in her role. Their stirring performances are a dramatic concert of ingenious acting. Moreover, Čvančarová and Petr Štěpán (lord Burleigh) excel in absolutely excellent recitation and diction. Of other male protagonists, the dramatic and mainly verbal expression of Miloš Kročil (Count Talbot) should be mentioned, Jiří Tomek (Melvil) is introduced in a little role. Martin Havelka has quite a big space on the stage as Count Dudley...

The performance is played on a simple mobile sheet-metal stage designed by Jan Dušek. Stage manager Černín plays with the arrangement of actors to let their physical appearances, verbal and dramatic expressions become apparent. This undoubtedly challenging play was another test of actors’ dramatic skills. The music was written by David Rotter. The tragic dramatic story about power, fear and last but not least indecision in the matter of life and death of the family rival will join the best-quality titles in the current repertory of the Brno City Theatre. 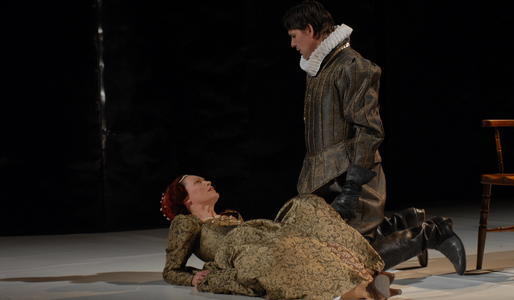 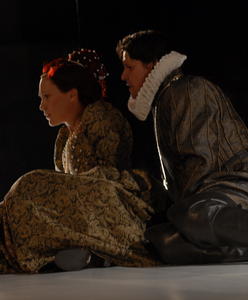 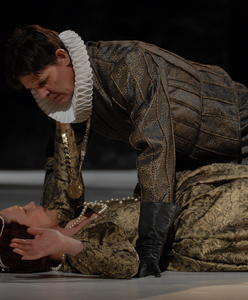 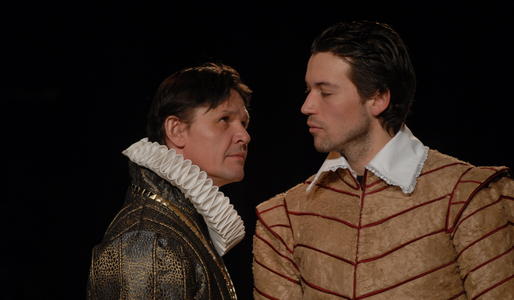 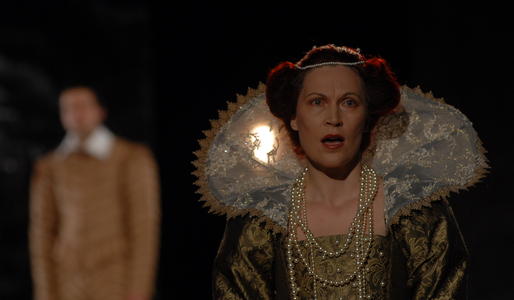 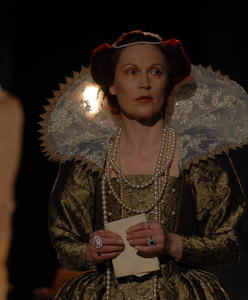 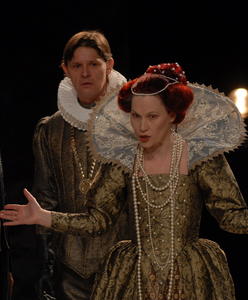 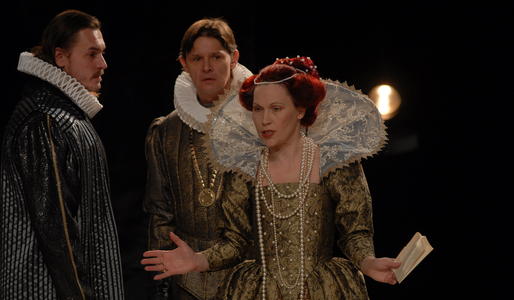 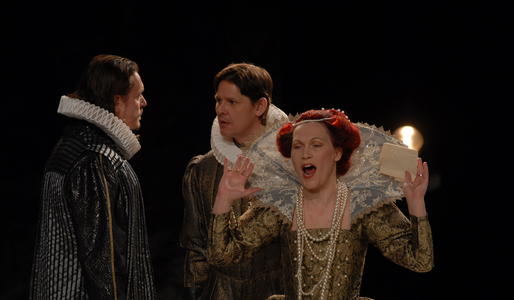 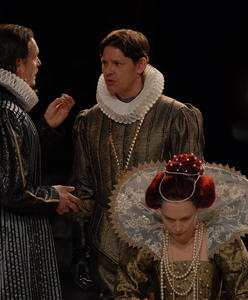 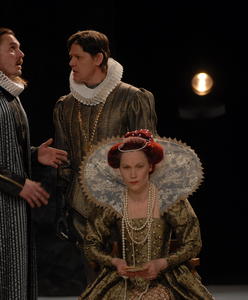 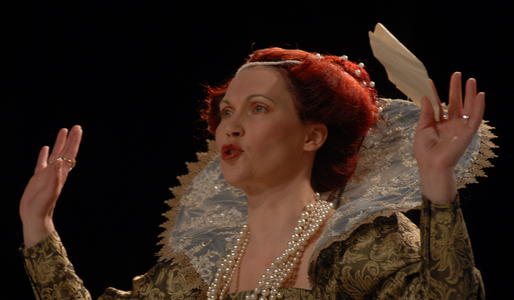