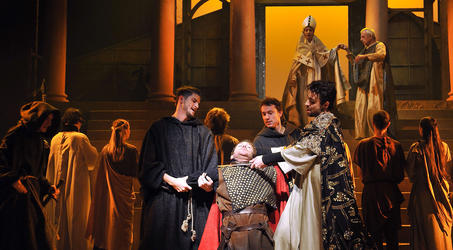 Young German musical composer and scriptwriter Dennis Martin (author of the musicals Elisabeth and Bonifatius) has taken bestselling American author Donna W. Cross’s Pope Joan, which has been printed in more than thirty languages, and according to which two full-length films have already been made, and created a musical which tells an almost unbelievable story – the legend of a woman who, in the middle of the 9th century came to sit upon the papal throne.  Young Joan is a girl who is way ahead of her surroundings and the existing ideas about women, their abilities and their position in life. She is exceptionally clever and talented. Firstly she gains an education in legal matters, even though she is a girl, which goes against the norms of that time. Then, posing as her brother, who is unfortunately killed, she continues her education. Due to her disguise she is constantly on the run, and after some time she ends up in Rome, where she first becomes a healer to the poor and then eventually doctor to the Pope, then attaining the position of his closest adviser.  When the Pope dies a violent death, Jana/John becomes his successor. ‘He’ is loved primarily by simple people, the poor and the sick, for whom she sacrifices her personal happiness. Even so, she also falls victim to love and, as the legend is told by surviving medieval illustrations, she is eventually discovered at the moment when she gives birth to a child. Although the Catholic Church in the Middle Ages tried to destroy all evidence regarding this story and to present it as a fantasy typical of those times, it still isn’t certain whether or not she really did exist as a historic figure. Also, even today the gender of a newly elected pope is formally tested. It’s an unusual story full of mystery, passion, the desire for education and also self-sacrifice. Our theatre is only the second in the world to perform this musical, translated by Michael Prostějovský, and the production is a Czech premiere. 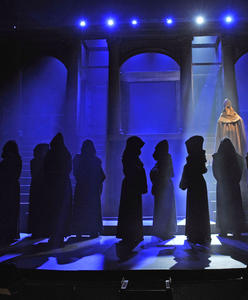 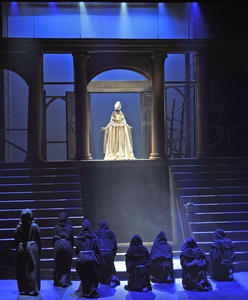 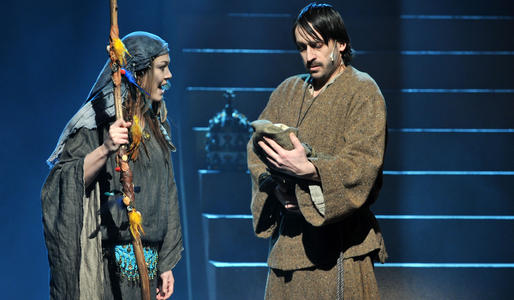 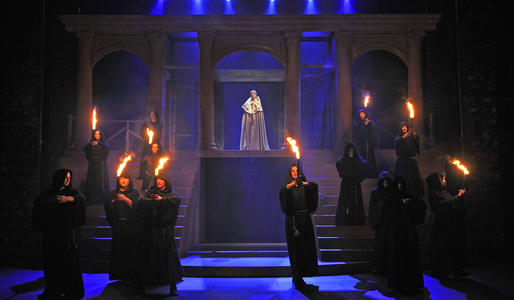 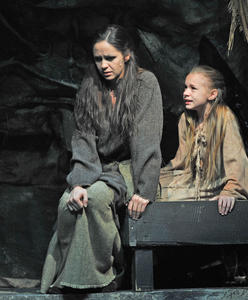 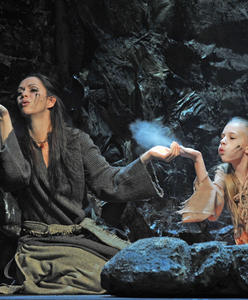 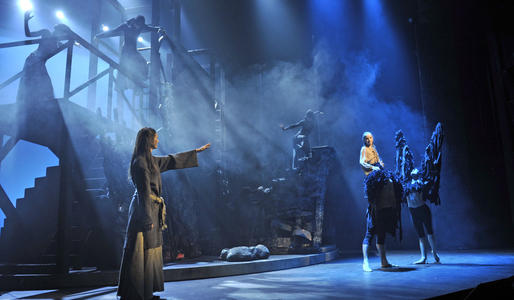 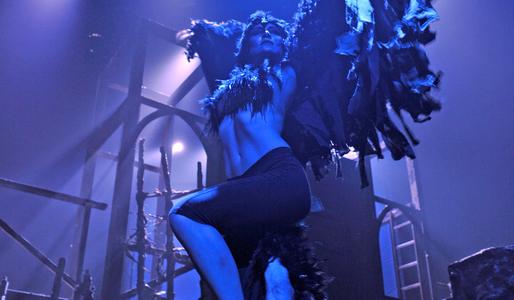 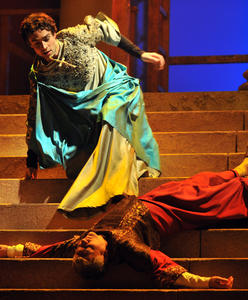 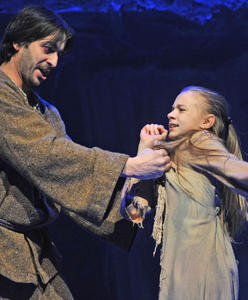 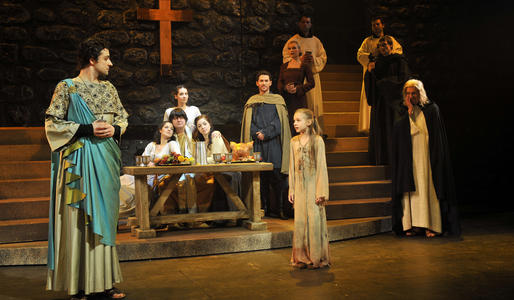