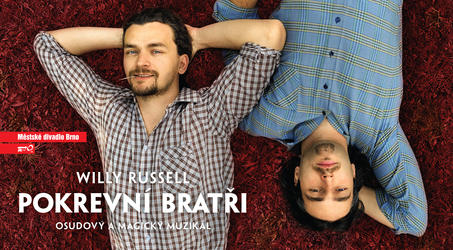 a fatal and magical musical

The story of the English playwright and folk singer Willy Russel about the separated twins impresses audiences around the world thanks to its purity, simplicity and clear delicacy. Although the topic is social-critical, The Blood Brothers is also a cheerful story about adolescence, first loves, problems with parents, and children games.
Although the brothers, Eduard and Mickey, were forcibly separated immediately after they were born, and each of them was then brought up in a completely different social environment, their fates mingle constantly. The whole story is guided by a Narrator who represents various characters whom the twins encounter, and who gives the story even magical nature by constantly reminding of the fatal predetermination towards which Eddide and Mickey head from the very beginning. The refrain of the story is a kind of curse which warns that at the moment the separated twins learn the truth, they both die on the spot. This tragic element is always reminded of between the comic situations. The story begins with the heartbroken mother, Mrs Johnston, leaning over her sons’ dead bodies. Thus the story is narrated retrospectively, which underlines the fatality. And perhaps because of this bitterness, which is part of all human existence, The Blood Brothers has come to be such a popular piece around the world. 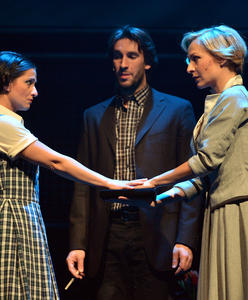 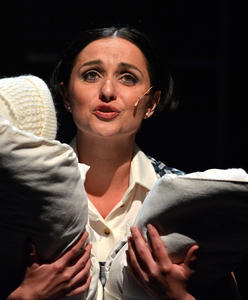 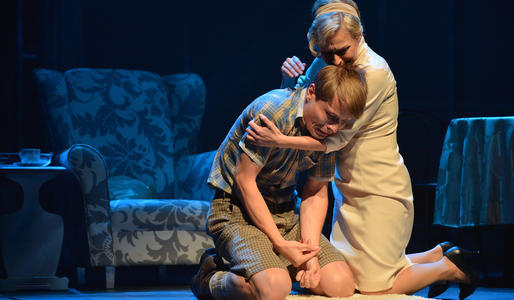 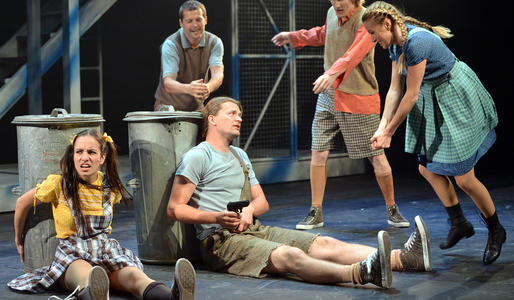 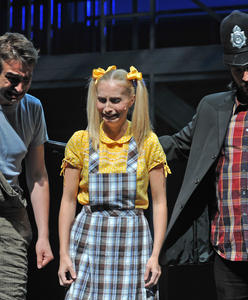 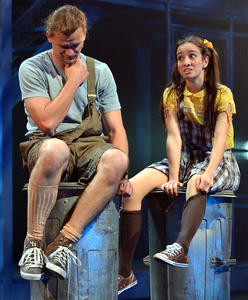 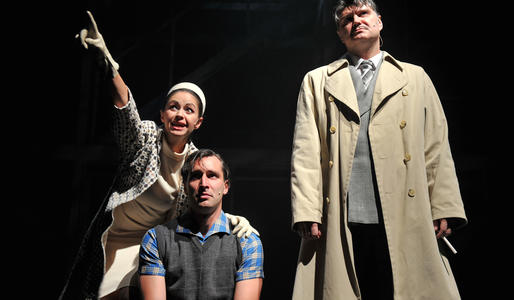 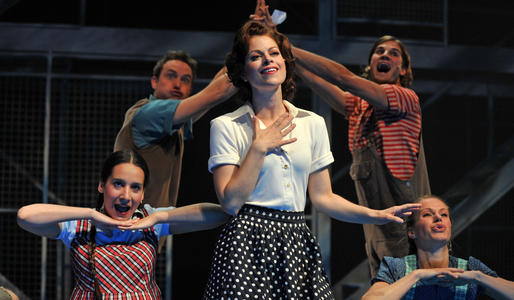 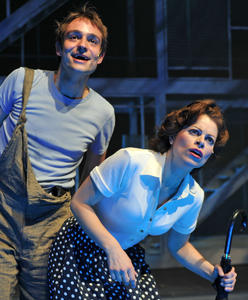 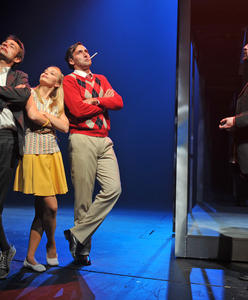 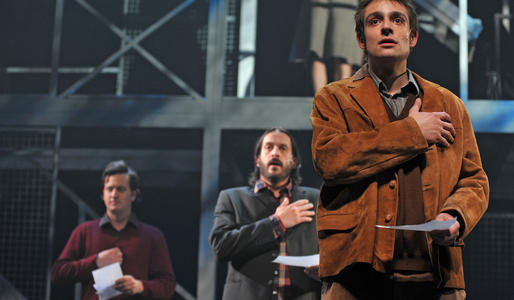