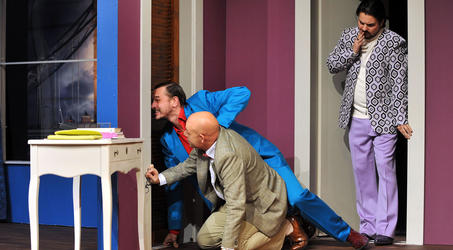 a witty comedy about too many meetings in one apartment

Ray Cooney is often, and rightly, called the uncrowned king of (not only) British farce by critics; he’s a British national treasure in the true sense of word. His comedies are perfectly constructed “entertainment machines” that start up a crazy carousel of costume changes, exchanges, excuses, hiding and comical misunderstandings all taking place with mathematical precision. Almost all of his top comedies have been performed in our country (e.g. Not Now, Darling), and so it’s therefore quite surprising that our production of Move Over Miss Markham is performed for the first time here.

As it is usual for a good farce, the story is loveably witty: Philip Markham is a successful publisher of books for children. However, he’s been beset by a lot of worries recently. His wife is showing him more and more forcibly that she is getting tired of a husband who considers a romantic evening to be the reading of Winnie the Pooh corrections together. On top of that, their apartment is being equipped by a fashionable and extravagant architect, Alistair Spenlow, whose fads do not appeal to Philip´s conservative tastes very much. Also, his colleague, successful ladykiller Henry Lodge, wants to borrow this flat when the Markhams´ attend a certain celebratory dinner – of course, for nothing else but illegitimate philandering. Philip lends him the apartment in the end but he has no idea that his wife Joanna has also promised it for a jolly rendezvous to a different person – who is none other than Henry´s wife, Linda. To make things even more complicated, the architect, Spenlow, also has plans for the apartment in the Markhams´ absence, these being to finally seduce the Markham's servant Sylvia there. Three couples and double infidelity in one apartment – this is already enough to make a great farce…! 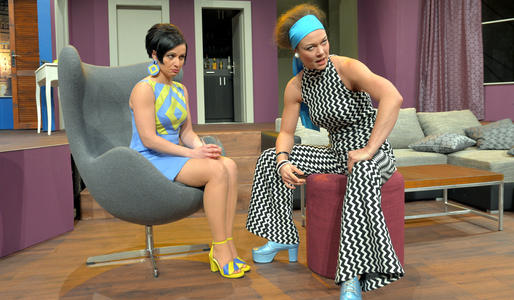 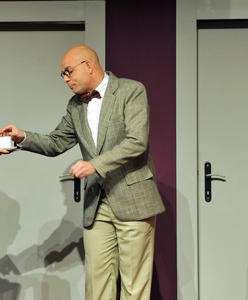 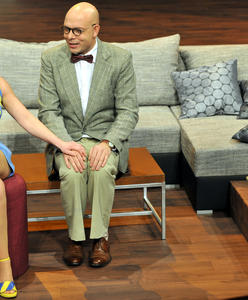 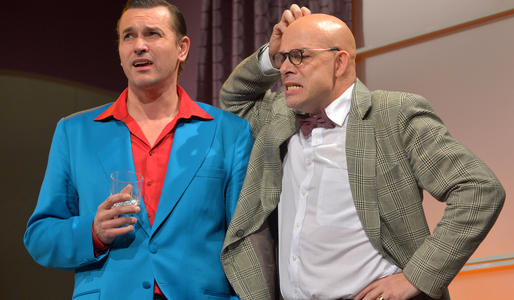 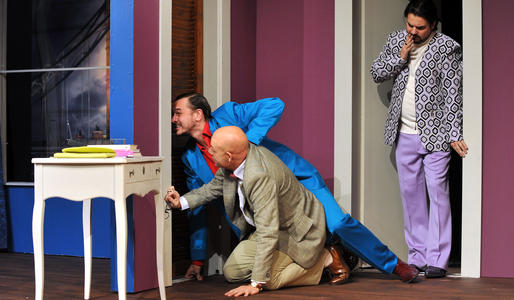 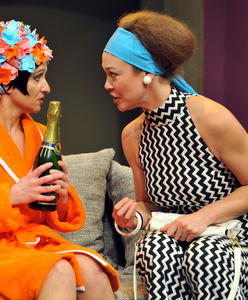 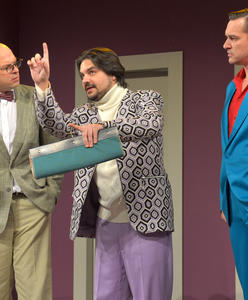 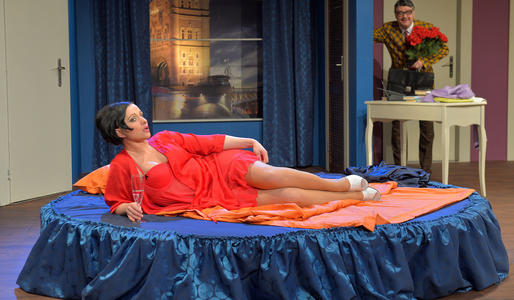 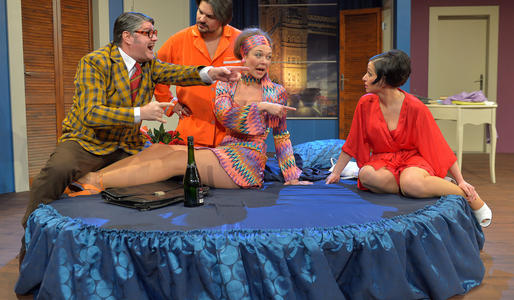 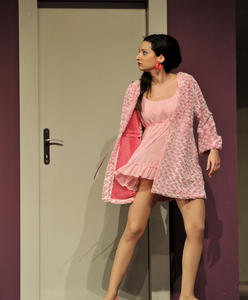 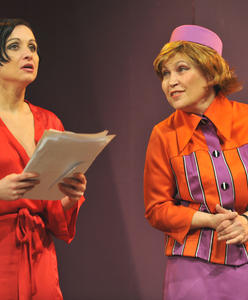 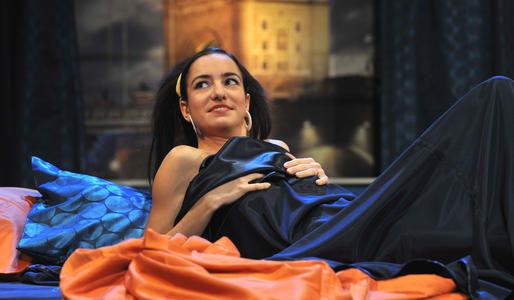