MONTY PYTHON’S SPAMALOT, OR THE WORLD ACCORDING TO SLOVÁK

Brno City Theatre has again extended its repertoire, and this time to include the musical Spamalot (…) The Brno version was directed by Stanislav Slovák, whose love for acerbic humour is well known. (…) While the director and his team stick to the Python original, they have adapted the typical British elements to their Czech audience, so that it is unnecessary to know the details of Monty Python’s or English history, or the often rather convoluted legends of the British Isles. The Brno version is mainly about humour and fun, and so Slovák and his team has trimmed the fragmented storyline where they saw fit. (…) Monty Python transformed the tale of the legendary King Arthur, whose task was to unite a troubled and ruined land, into a sketch and irony-filled extravaganza that also pokes fun at other British legends. We can gleefully follow the misadventures of the desperate Arthur as he embarks upon the difficult task of seeking hearty knights for his round table and the fulfilment of his mission. When he has finally found the knights, he encounters a further range of obstacles that keep them from their goal. (…) The centre of attention is King Arthur himself, played by Lukáš Vlček. His acting and singing as the adorably bumbling leader of all the Britons quickly gains the sympathy of the audience. On top of that, Lukáš Vlček certainly isn’t lacking in charm, and he portrays the valiant knight with an impressive lightness of touch. Ondřej Halámek doesn’t spoil the fun either as Arthur’s devoted servant Patsy, whose perfect comic poses and immortal rendition of the sound of horses’ hooves are particularly memorable. Daniel Rymeš doesn’t disappoint either as the timid Sir Robin. The only female character in the production is the Lady of the Lake, who was played and sung with noblesse by Sára Milfajtová. Her demanding songs and humour are one of the high points of the production and were undoubtedly a major challenge for the actress. We have a good laugh at Lukáš Janota in the role of Sir Galahad, whose speech and nice songs are most entertaining, as is his ridiculous wig. As always the company work very well together, producing a dynamic show full of singing and dancing (choreography by Martin Pacek). And again as always, the well-rehearsed orchestra makes a significant contribution under the baton of Dalibor Tuž. (…) The musical Spamalot is sure to be a roaring success with lovers of Monty Python’s acerbic humour. It offers a multitude of sketches, parodies, and absurd comedy moments in which nonstop fun is made of everything and everyone. (…)

SPAMALOT IN BRNO: A JOLLY SLICE OF ENTERTAINMENT

Sharp humour, great melodies, endearingly fairytale scenography, fantastic acting performances and creative direction will all be enjoyed in full measure by visitors to Brno City Theatre’s latest musical Spamalot. The production by Stanislav Slovák is a perfect demonstration of nimble, witty and comprehensively compact musical theatre. In fact, I would go so far as to say that it is the theatre’s best musical of the season. (…) Spamalot makes fun of both history and the musical genre. Of course, if we want to mock or satirise something, we have to be excellent ourselves, and the ensemble for the Brno show has absolutely no problem in that department. (…) Christoph Weyers’ excellent stage set is deliberately only two-dimensional in appearance, with bold fairytale colours everywhere. (…) The costumes by Andrea Kučerová and Adéla Kučerová are brilliant in the way they subtly reinforce the omnipresent exaggeration of everything as well as the historic reminiscences on the early Middle Ages in England. Another of the great assets of this new production is its fabulous tempo, which never lets up, along with the constant barrage of situational jokes and wordplays. (…) The superb musical production and sound are another plus point for this well-made musical, as is Martin Pacek’s choreography. Of course, the biggest bonus of the whole evening is the manifold and varied group of comic characters on show. In order for such a musical to work well, every member of the cast needs to grasp and master every detail of the principles of comic acting. (…) I don’t know who to praise first or most. Petr Štěpán portrays the mildly grotesque figure of King Arthur well, and Dušan Vitázek plays many roles with comic precision – it’s worth the price of entry just to witness his hilarious verbal gymnastics. Marco Salvadori’s portrayal of Sir Robin was exact, as was Jan Brožek’s performance as Arthur’s servant Patsy. Aleš Slanina and Jiří Ressler squeezed the maximum amount of humour from their roles. Andrea Zelová was both parody and true star as the Lady of the Lake. She did a great job of handling several demanding songs involving snatches of opera, gospel and even scat singing while simultaneously having a laugh at herself. The musical Spamalot won’t just be fun for those knowledgeable about the early medieval period in the British Isles or for faithful fans of Monty Python’s Flying Circus. Even theatregoers who have never seen the film or any other work by the famous group will be royally entertained. The Brno theatre has created a fantastically-paced musical show performed with maniacal enthusiasm and clockwork precision. The ludicrous situations and cutting humour of Spamalot will have you laughing even after your sides begin to ache. 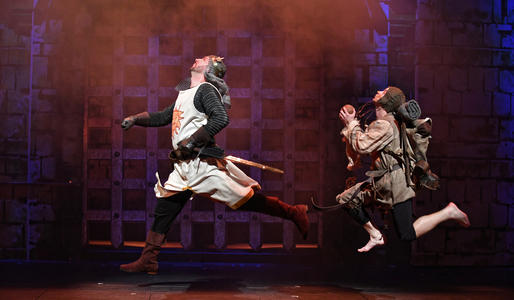 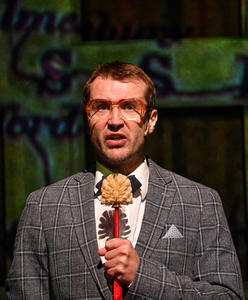 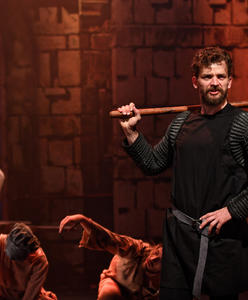 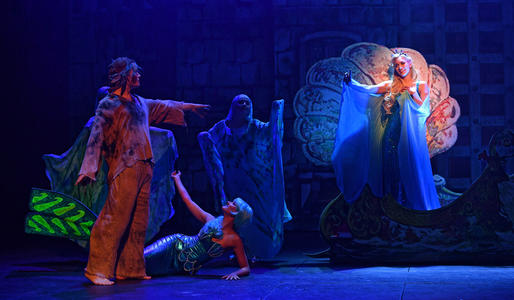 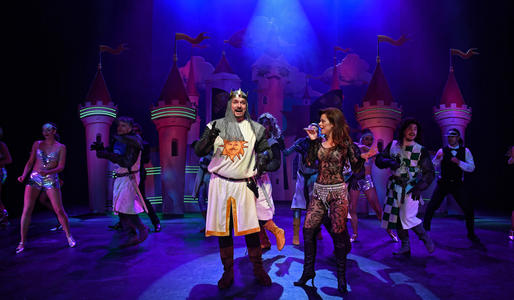 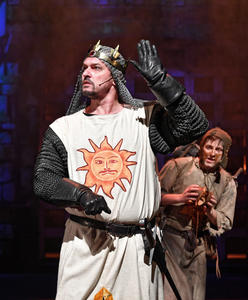 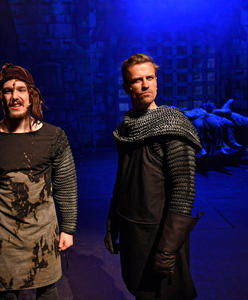 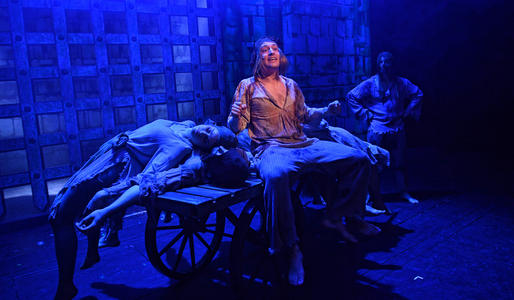 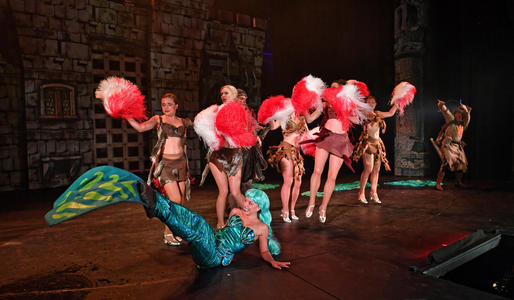 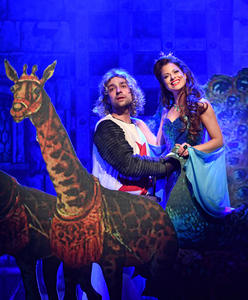 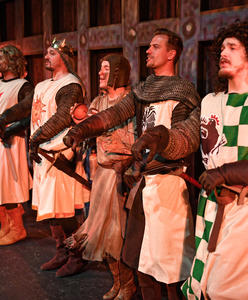 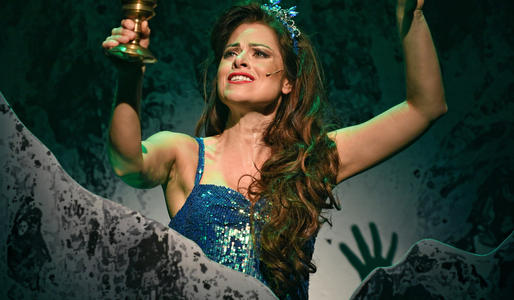