The Beggar´s Opera is rightly considered to be the most attractive play by Havel for spectators. It is based on a play of the same name by John Gay which has been popular since the 18th century, and which has also inspired a world-famous adaptation by B. Brecht and K. Weill. It concerns two bosses of competing criminal gangs, Macheath and Pechum, together with corrupt police chief Lockit, and their fight for power over the London underworld.

The uniqueness of Havel´s adaptation lies in its consistently unsentimental view of the gangland practices of the leaders of the London underworld (and by implication the leaders of the world). The traits of unscrupulousness and lie-telling are taken to absurdity here: Everyone lies to one another, and everybody betrays each other. Nobody is who they seem to be. The theme is lent still greater power by the language employed, which stands in comic contrast with the characters that use it. Thugs, thieves and prostitutes express themselves in a highly cultivated manner, as if they were moral paragons and also experts in psychology, sociology and ethics, etc. With inexorable logic, they pile up arguments for their opinions as well as for any changes to them, cleverly and manipulatively explaining their vile actions and failures in such a way that they have the audience laughing while simultaneously grasping the chilling reality of the perfectly functioning fraud that is our world.

The truth does not prevail because everybody has their own truth, and even this is only applied when it pays off. Idealism is ridiculous, and as a rule is doomed to die in a situation where pragmatic cynicism wins under all circumstances. The production will be prepared for our theatre by Hana Burešová.

ANATOMY OF POWER AND LIE

For the anniversary of the Velvet Revolution, many Czech theatres chose works of Václav Havel. Several of them went for The Beggar’s Opera. (…) At the start of the season, traditionally reserved for the Prague director Hana Burešová, the Brno City Theatre joined them. (…) Under a grey “box” with adjustable interiors (designer Tomáš Rusín), the orchestra is playing a score of Petr Hromádka; demagogic monologues in an ironic context are alternated with leitmotif rejoinders, the mirroring principle is fulfilled by casting related characters (striking Markéta Sedláčková). The zooty polygamist Macheath (masterful Petr Štěpán) and the settled hot-headed Peachum (Jan Mazák) are both outwitted by the police chief Lockit played by the style-perfect Viktor Skála.

(…) How is Havel’s variation on a piece by John Gay and then Bertolt Brecht so current again? Havel equipped his rogues – the bosses of criminal gangs Peachum, Macheath and the police chief Lockit – with a high society language, formulations of intellectuals, philosophers, lawyers, academic debaters, and reception visitors. Their sordidness is shown solely by the cordial grubbiness, poserism, hypocrisy and absence of moral values, which they declare to be a needless makeweight to existence. Each with power in their own way, the blessed masculine trinity cooperates closely in building the final fusion of the future. Diligent and persistent, independent of both rulers and citizens. Yet, in Havel’s view, the purpose of their professions fades eventually. Put simply, there is no one to cheat, turn in, betray, grass, reveal, catch, lock up or even execute. (…) 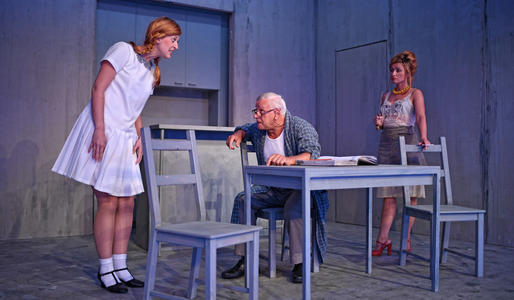 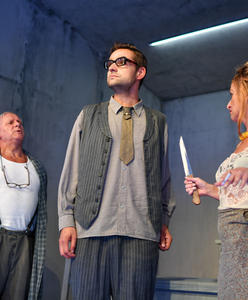 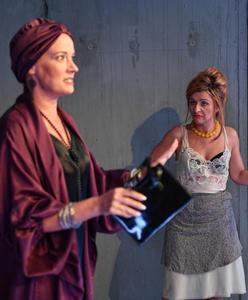 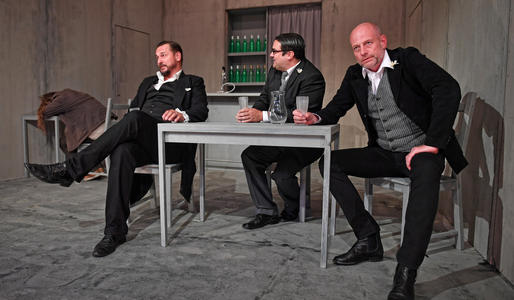 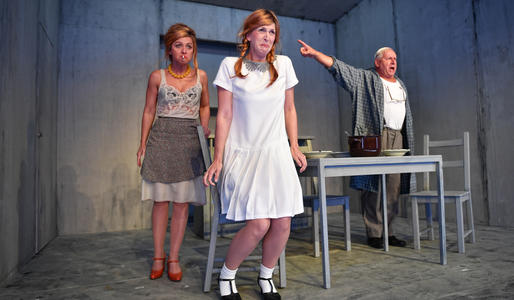 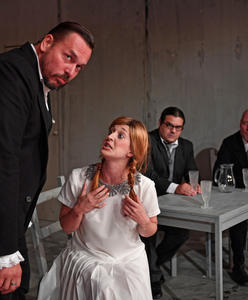 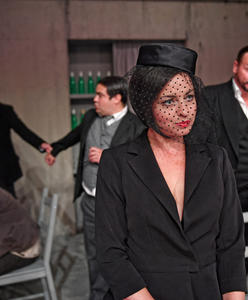 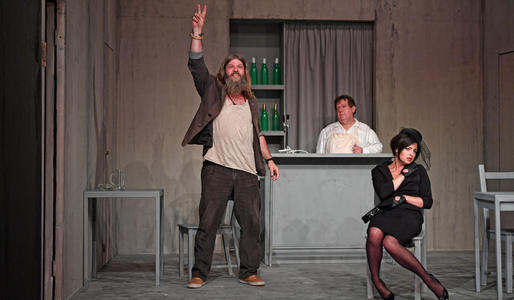 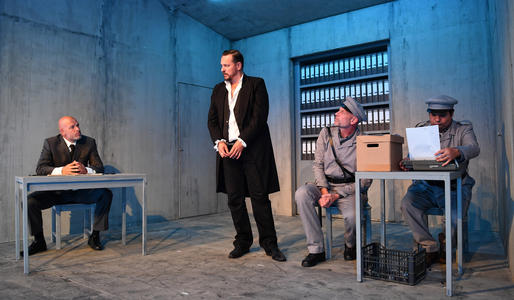 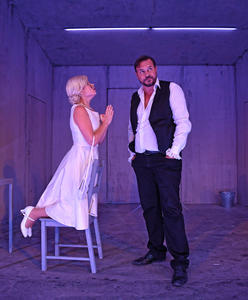 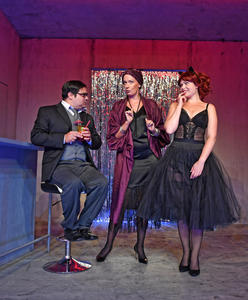 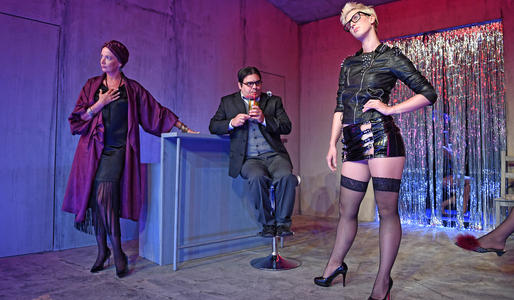