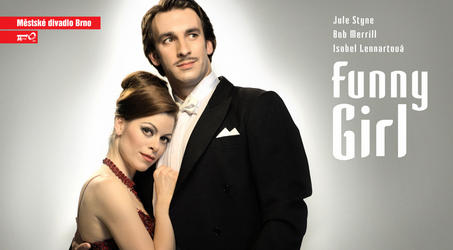 This famous American musical had its premiere on Broadway way back in 1964 where it immediately became a phenomenal success, with a run of more than one thousand three hundred performances. The story of vaudeville artist Funny Brice has been fascinating spectators all over the world ever since. Its popularity was also aided by the 1968 film of the same name with Barbra Streisand and Omar Sharif in the main roles. The world-famous actress received an Oscar for the part; it should be added that she also played the role in the theatre premiere. A fascinating narrative on the life and great love of the artist and her husband, a gambler, it is full of unforgettable dancing performances and melodies which have since become popular classics. Moreover, it is inspired by the real life story of an actress, dancer and singer who managed to change from an ugly duckling into a glittering, well-loved star of theatrical productions thanks to her phenomenal talent and sense of humour, despite her initial lack of fortune. The musical obtained several prestigious Tony Awards.

Anita Nováková 10. December 2012 zdroj www.musical.cz
A lot of time has passed since the Czech premiere of the musical Funny girl by Jule Styne and Bob Merill at the Divadlo Na Fidlovačce theatre in 2005. However, this musical doesn´t age and it hasn´t disappeared from our stages. The successful production which took place on 25th November 2011 at the North Bohemian Theatre of Opera and Ballet in Ústí nad Labem is proof of this (it had official dernieres at Prague’s Divadlo Hybernia theatre on 25th and 26th October 2012), as is this year’s production at Brno City Theatre, where it has been appearing at the Music Theatre since 22nd September 2012.
(Evaluation based on the 15:00 performance on 29. 9. 2012)
I went to see one of the reprises of this musical piece at Brno City Theatre with great curiosity. What will the life story of actress Fanny Brice be like under the direction of Pavel Fieber? Will it be more realistic or will he stick to the good old script by Isobel Lennart? I probably don´t need to add that this version hasn’t been adapted much compared to the original. However, a topical humorous remark regarding the methanol affair was added, for example, which gave the whole auditorium a chuckle.
Certainly one of the great things about this theatre is that it uses a live orchestra, which really adds vitality to each production. It is like a pulsing heart, thanks to which the production really comes alive, letting spectators enjoy every moment up to the last tone! This cannot be said about the playback music used in many other theatres. But what is somewhat tiring is the very long overture, both at the beginning and after the break. It can be understood at the beginning; the music and flashing lights evoke the feeling that we are on Broadway, thus lending the performance authenticity. However, the spectators don´t need to “get on the right wavelength” after the break as they are already tuned in from the previous half. This renders the second long overture tiresome and somewhat pointless.
It is very interesting to watch how the singing and acting performance of Fanny (Radka Coufalová) develops and blossoms during the course of this musical. Her singing may seem “shy” at the beginning; one could almost say that it is as if she were short of breath. But as the story unfolds, her acting ability just grows and grows, naturally reaching a climax just before the end, and at the end. There is no longer any doubt as to the singing and comedy talent of this actress, or indeed her dance training, which can be seen to be of the best quality in the tap dance performances, which are a symphony of grace and lightness. Denny Ratajský, in the role of Eddie Ryan, seconds her excellently in this area. Her other partner (this time for life), Nick Arnstein (Aleš Slanina), also didn´t stay out of the limelight with his velvety, lady-killing voice.
Speaking about tap dance takes me to the best scene, in my opinion, of the whole production, which is the performance of Swan Lake, inspired by the film version, as a comic number with tap dance elements. Odetta is a first-class duck with diving flippers on her feet and the group of swans, performed by dancers from the company, changes Paux de Quatre into a tap dance show. They keep the original melody by Tchaikovsky but this performance is a pleasant change to the classics which we are used to, for example from the National Theatre.
Christian Floeren´s scenography is very inventive. At first, the “present day” action takes place on the proscenium (in the theatre changing room) while Fanny´s memories are depicted on the stage. After fuller immersion into the memories, however, all the retrospective action utilises the whole area of the stage, except for the casting for Ziegfeld´s company when the proscenium is separated by a shiny silver curtain and during which the reconstruction of the stage takes place. Thanks to this solution, there are no empty spaces in the plot. At the end, we return to the present, into the changing room on the proscenium. It can be seen that the scenographer is trying to entertain the audience by playing with space so that every scene is different and interesting, and thus prevent spectators from getting bored with the scenery. Obviously this was also one reason why he used a lot of detail, such as the palm trees in the restaurant, the neatly folded napkins on the table and the other many little things which fill the stage.
This musical is simply full of surprises, whether it be the acting of the individual characters or the choreography by Denny Ratajský and Simona Lepoldová. This piece is as if tailor-made for long winter evenings. It improves one´s mood and lets one forget the eternal rush of everyday life. 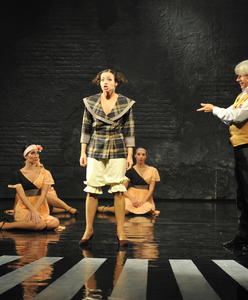 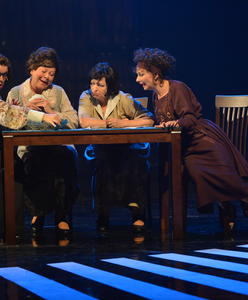 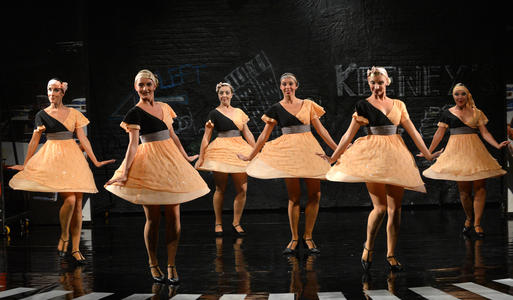 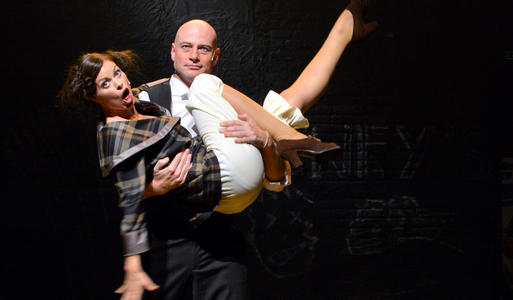 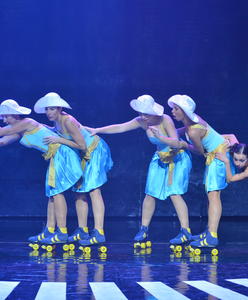 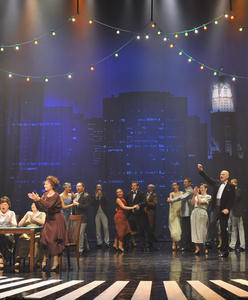 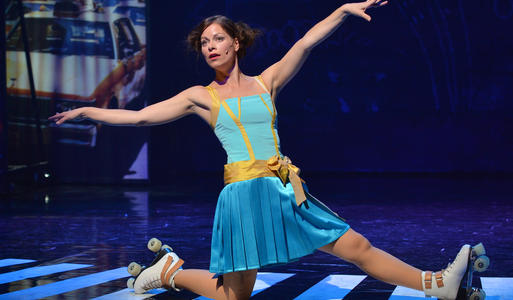 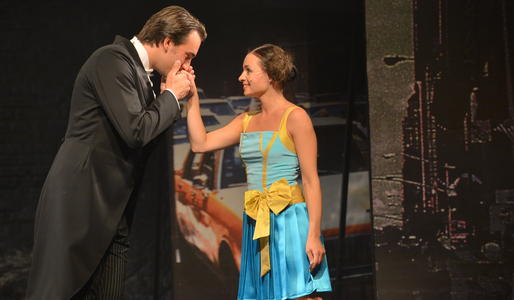 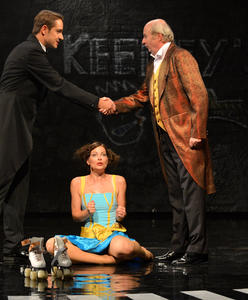 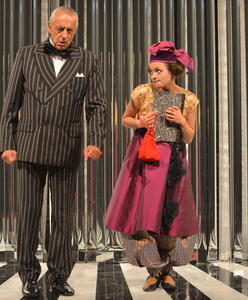 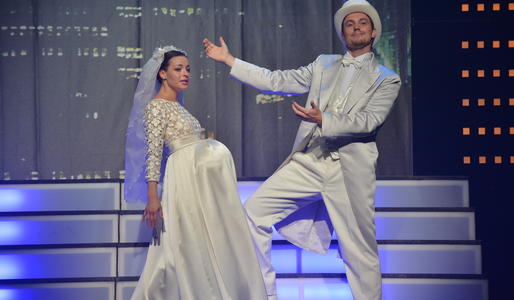