The basic script was by John Logan and Brian Yorkey. A new and revised book/script by Lorne Campbell is the version that will be produced.

The author of the music and song texts of this important piece from the arena of musical theatre is Gordon Matthew Thomas Sumner, a man who is known to the world as Sting. An English musician and occasional actor, and in the 1970s and 80s the lead singer of rock band The Police, Sumner went solo in 1985 and since then has made a major contribution to the history of music as an artist active across all genres.

In 2013 he wrote his first, very personal musical inspired by his own childhood experiences in the English naval town of Wallsend, which is famous for its shipyards. The ship construction industry has always been at the centre of life in this town, where hard-working men toiled to build grand ocean-going vessels with immense pride. The musical The Last Ship shows the collective strength of the people of the local community, who are facing the extinction of the shipbuilding industry and the end of a long and distinctive tradition that has shaped the town as they know it. At the same time, it tells the romantic story of Gideon Fletcher, who dreams of a different future and longs to travel the world. Gideon leaves his life and his girl behind, but when he returns seventeen years later, he finds the shipyard in deep crisis, before finally realizing that he has lost more than he could ever imagine.

The official premiere took place at the Neil Simon Theatre on Broadway on 26th October 2014. The show contains over twenty musical numbers, most of which are original songs, though there are also previously written compositions such as Island of Souls and All This Time from Sting´s 1991 album The Soul Cages, as well as the song When We Dance from the album Fields of Gold (1994) and Ghost Story from Brand New Day (1999).

The basic script was produced by famous authors John Logan (film scripts for Gladiator, Skyfall and Sweeney Todd, among others) and Brian Yorkey (awarded the Pulitzer Prize for the libretto for the musical Next to Normal; our audiences know him as the author of Freaky Friday). Yorkey said about Sting´s music: "It's very, very distinctly Sting but it also is theatre music. It's not just pop music transposed into the theatre." After the worldwide premier in Chicago in 2014, on its way to Broadway and on an English tour, the libreto of the musical went through several modifications. The author of them is Lorne Campbell, who was also the director of the English version.

The musical The Last Ship received two Tony Award nominations in 2015, and we present its Czech premiere in February 2019, directed by Stanislav Moša.

(…) The Music Theatre of the Brno City Theatre regularly stages world musicals, mostly of Anglo-American origin, which make us appreciate not only the sensitive dramaturgy but also the high level of all production elements, and the efforts to discover and develop young talents, both in music and drama. This also applies to the continental premiere of The Last Ship by Sting and librettists John Logan and Brian Yorkey. (…) The musical was directed by Stanislav Moša with the conductors Dan Kalousek and František Šterbák, who extended the original chamber folk cast instrumentally for a large orchestra with the author’s consent. (…) For Sting, the topic is essentially personal. It portrays the specific environment of his English hometown, the coastal town of Wallsend, where local renowned shipyard ceased to operate during the economic crisis at the start of the millennium. The rough atmosphere is conjured up by the stable stage setting of Christoph Weyers with suggestive rear projections of the well-tried Petr Hloušek. (…) The costumes of Andrea Kučerová and choreography of Michal Matěj respect the time and place. The story is quite serious, carried by two parallel plot lines intertwined in time. (…) The solidary shipbuilders, confronted with a sudden loss of their jobs and their life prospects, led by chief White (Ladislav Kolář) and supported by the local women headed by Peggy White (Zdena Herfortová) decide for a quixotic act: besieged by the police, overnight they finish and launch the Utopia ship that would otherwise be scrapped. The second story line, completed with a happy ending, pictures the relationship between Gideon (Dušan Vitázek), a sailor returning home to his young love Meg (Radka Coufalová) after seventeen years, to meet his teenage daughter Ellen (Dagmar Křížová). 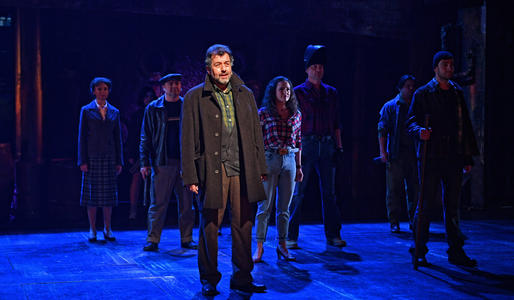 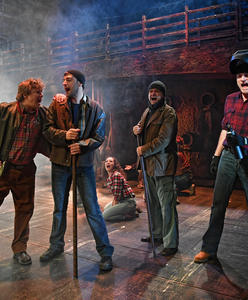 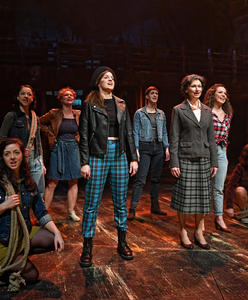 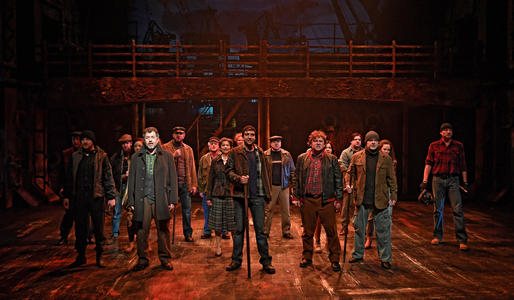 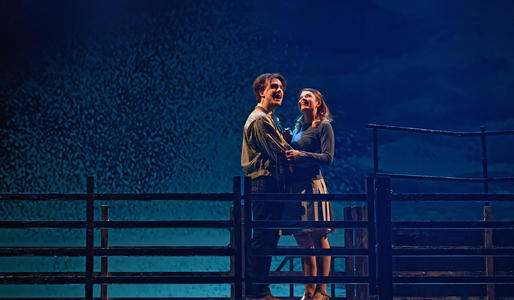 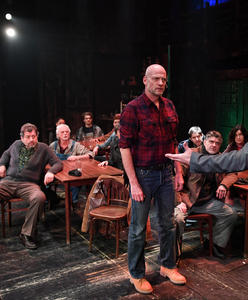 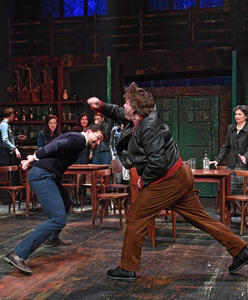 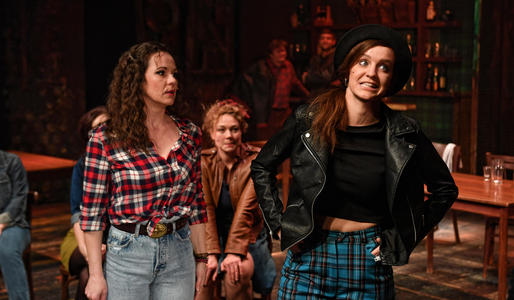 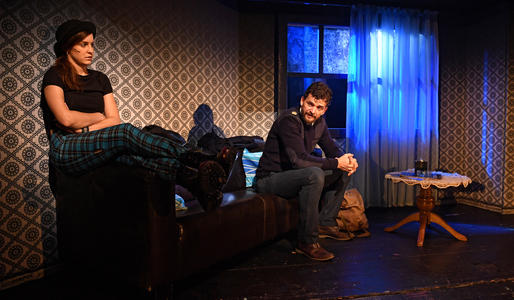 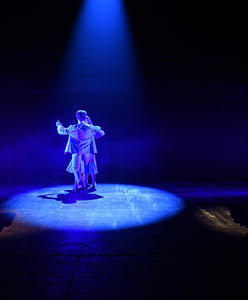 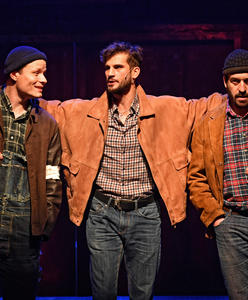 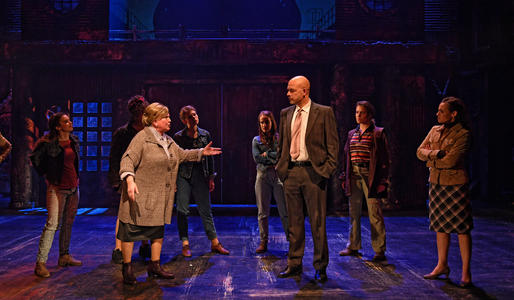